HARDY – A ROCK What Makes it Special??- Lyric Breakdowns 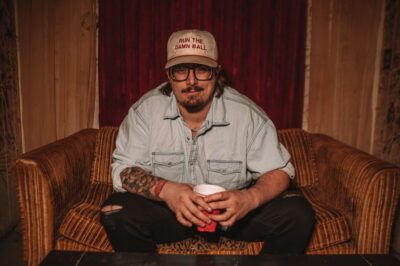 If you haven’t been living under a rock for the past week, then you already know that HARDY dropped his debut album A ROCK last Friday. And in true HARDY fashion, left us wanting more and more with each track we listened to. Now we got to hear some of these songs earlier this year like his number one single, “ONE BEER” (feat. Lauren Alaina & Devin Dawson), “BOOTS”, the newly released tear jerker, “GIVE HEAVEN SOME HELL”, “BOYFRIEND” & finally we got to preview “SO CLOSE” (feat. Ashland Craft) which we featured in our article the week prior to the release of the album. CRAZY to think we got to listen to and preview FIVE songs even before the release of this KILLER debut album.

The singer-songwriter co-wrote all 12 songs on A ROCK, and the project was produced by ACM Producer of the Year nominee Joey Moi and co-produced by Derek Wells, with additional production on select tracks by David Garcia and Jake Mitchell. Hit-makers Hillary Lindsey, Jessie Jo Dillon and Ashley Gorley, as well as rising songwriters Hunter Phelps and Zach Abend, appear in the track list.

HARDY was recently nominated for his second MusicRow Award for Breakthrough Artist of the Year, and is an ACM and CMA award-nominated songwriter. You know if HARDY writes anything it’s bound to be a hit, so we wanted to focus on some lyrics for the newer songs that really resonated with us off this album.

“TRUCK”: Ya’ll already know where I’m headed with this one… would it be a country music album if there wasn’t a song about a truck??? HELL NO. This one’s a perfect tailgate or drivin’ around song.

“Yeah, somewhere way out there in any given town
There’s a red, white, and blue collared drivin’ his around
Turnin’ heads and burnin’ tread and stirrin’ up dust clouds
Like a shine-haulin’ outlaw, yeah, I’m talkin’ ’bout
His truck, his dash, the county on his tag
The songs on his radio, the stickers on his glass
From four-bys to two-bys, it’s true you can’t judge
A book by its cover, but you can judge a country boy by his truck”

“AIN’T A BAD DAY”: You know when some things are just never going your way, and you feel like it’s just one bad thing after the other… well this song hits the nail right on the head.

“Cause last night, I drank that bar out of bottom shelf
Came home, told an angel to go to hell
Made her cry, let her pack her bags
And tell me she’s never comin’ back again
Outside, it’s turnin’ its last turn
But right now, that’s the least of my concerns
‘Cause, man, I had it made and I threw it all away
Guess it ain’t a bad day for the world to end”

“BROKE BOY”: HARDY showcases his versatility, unveiling his rapping ability in this one. It’s hard to not find a soft spot for that raspy tone, and it suits the cross-genre sound of the record so well.

“And man, I couldn’t help but think to myself (damn)
Damn, son, you got some pretty good game for a broke boy
Broke boy, whiskey in your Coke, boy
Shootin’ your shot like a .45 Colt
For a Mississippi queen that deserves it all
Who’d’ve thought a right-on-the-money honey’d ever fall for a broke boy”

“UNAPOLOGETICALLY COUNTRY AS HELL”: It says it right in the title in the song… HARDY’s unapologetically country as hell in his cut on his take of what a good ole’ REDNECKER boy’s life is like… this might be your new go to.

“A ROCK”: Transitions from how little things used to be so big to us growing up – then to teenage years as things start to get a little bit harder and you’re trying to figure yourself out. We then go to adult life which seem to know well these days…

“Then you’re paying bills and you’re workin’ hard
And you’re with your friends at the local bar
Hook up with someone, tell ’em how you feel
And just like that it’s something real
Then you meet their mom and you meet their dad
Start havin’ thoughts that you never had
Like that’s the kinda thing worth wakin’ up for
Next thing you know you’re savin’ up for a rock, yeah
A rock
A rock”

This one might be my favorite of HARDY’s debut album.. it’s raw and tells like it is, which is exactly what we love him for.

Keep Up with Hardy: