When Georgia native Hunter Chastain first burst onto the music scene in 2019 with debut single “Blame My Last Name,” he came off as someone that wrote outlaw lyrics and had a hard-hitting Southern rock sound. While his new single “Whiskey Dial” still features a storyline that involves heading to the bar, it also shows a vulnerable side that can be added to his bag of tricks that he might want to reuse sometime in the future. 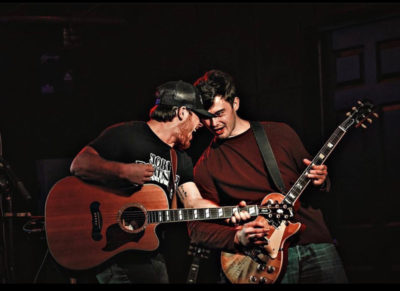 We’ve all heard the old adage that “drunk words are sober thoughts” and that’s what “Whiskey Dial” highlights. Alcohol has a way of bringing so many memories and experiences back into one’s mind, especially right after a break up, and Chastain paints that picture perfectly.

The track was released in late June with the help of some of Chastain’s closest friends. In just its first week, “Whiskey Dial” had over 6,000 spins on Spotify alone. It was produced by Josh Bright, who was formerly a touring guitarist with acts like Dierks Bentley and Billy Currington before becoming a full-time producer, working with artists like Uncle Kracker, T-Pain, and Steve Harwell of Smashmouth. 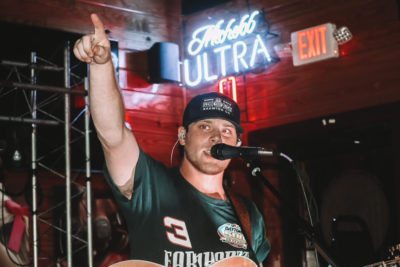 It’s safe to say that Chastain has had a busier summer than many other touring musicians have. Not only is he promoting this new single, but he’s also one of the handful of country acts that have even had a chance to play a live show. On June 20th, he and one of our favorites, Ella Langley played Brewhouse Music & Grill in Rome, GA. Even with social distancing enforced, he still managed to melt the crowd’s faces off. Check it out first hand below:

we had a BLAST last night @brewhouserome and things got sweaty. thank you guys for coming, we really appreciate it🤘🏼also shout out to @ellalangleymusic she killed it!

With just two singles under his belt, this certainly won’t be the last we hear of Hunter Chastain. His lyrics are diverse and rooted deep in authenticity, giving him the perfect formula to succeed in the current state of country music.