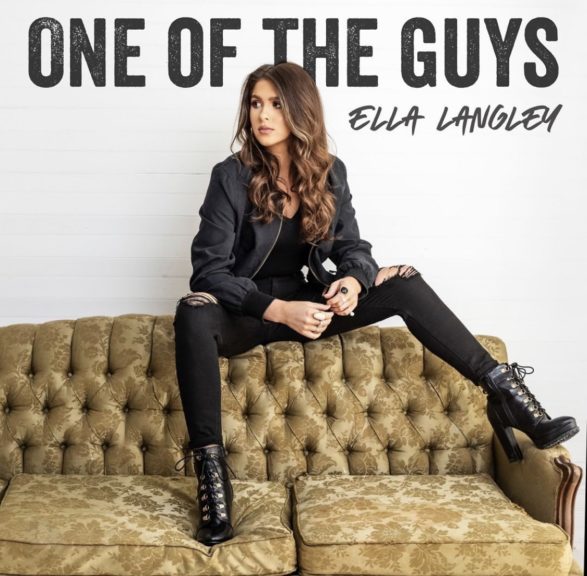 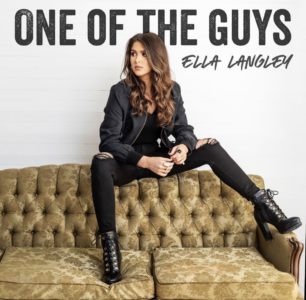 2020 has not started off the way we had all planned. There’s no telling when this nightmare called the Covid-19 will be done running its course. Until then, artists are finding tons of new ways to engage with fans via social media by doing livestream videos from their homes, putting out new merch or in Ella Langley’s case, releasing a debut single.

Langley, an Alabama native, has played her new single “One of the Guys” plenty of times at some of Nashville’s most notorious writer’s rounds and it instantly became a fan-favorite.

It’s lyrics speak of something that Langley holds close to her heart; the relationship she has built with her brothers and her band. “I grew up in the country in Alabama between two brothers, so a lot of my childhood was just trying to survive life between those two,” says Langley. “I always was trying to prove I was just as tough and fearless as they were. Being a tomboy like that, a lot of my friends ended up being guys. If you ask my band or people who know me, they’ll tell you sometimes I seem more like a guy than a girl. But I think women can still be direct, strong, and tough, without apologizing for who they are or how they think.”

Considering she now lives with all guys, it made it relatively easy to sit down and write the song. “On my first night in Nashville, I wrote “One of the Guys” with some of them (Trey Lewis, Matt McKinney, and Clay Barker). It’s a damn fun song to perform with my band and I love to see women in the crowd respond to what feels like a badass girl-power anthem.” 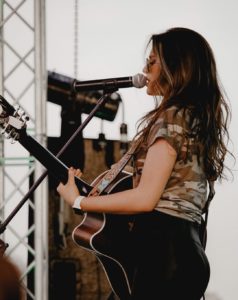 Writing with folks like Lewis, McKinney and Barker so quickly further proves how tight-knit the Nashville music community truly is. From the outside, Nashville seems like an overwhelming place, but if you ask anyone in the music biz, there’s so many people who just want to see each other succeed. “The music family here is just really special; people are so willing to be a mentor or help you grow in a way I just couldn’t do back home. I waited a long time to put out a single that is really me – and I feel like this song is it. Since I can’t connect to my fan base by being out on the road, I hope this single is one way I can still reach my fans and make new ones.”

While we all wait for this catastrophic storm to blow over, there’s one thing that remains certain: Music. Use this time to support artists like Ella Langley and all of her friends, who are longing for the days when they can get back out on the road. To stay up to date on all things surrounding Langley, follow her on Instagram @EllaLangleymusic.

“One of the Guys” is available on streaming sites everywhere today!