Hannah Dasher Offers Her Take on Country Music in “The Tree” 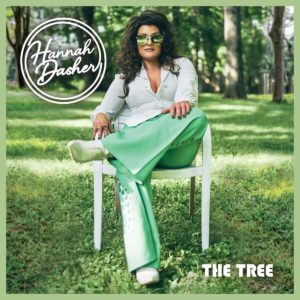 It’s no secret that we love Hannah (Damn) Dasher here at Raised Rowdy. She’s been on the podcast not once, but twice, we’ve interviewed her, and covered her previous single release.  Between her stage presence, songwriting ability, and vocal chops, Hannah Dasher is a veritable lightning rod bridging the gap between the energy of modern country music and that timeless vintage sound.

Her newest single, The Tree, echoes that sentiment, as explained by Hannah herself: “The Tree, to me, is an ode to Country music. It’s about moving it forward, while keeping it timeless.” Written with Casey Beathard and Brandon Hood, the rock-tinged track presents listeners with the image of a tree slowly unfurling in a metaphor for the ever-sprawling and hotly-debated genre of country music. 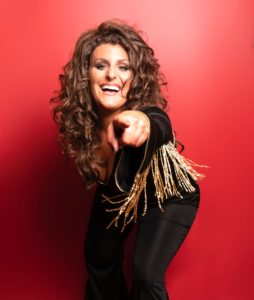 Lyrically, she cuts right to the heart of the matter in her own succinct fashion: “I’m all about getting somewhere/don’t break just bend/but I’m scared we’re getting somewhere/a little too far out on a limb”. The Tree, after all, establishes itself as an origin story where “country music was born/like a tree in the dirt/and it came up strong and down-to-earth”. Her almost-tangible imagery skillfully remains cautionary without being sanctimonious – “if we forget where the roots are, we’re gonna kill the tree”. Equal parts twangy, sultry, and powerful, Dasher’s voice finds its ideal niche in this track with an arrangement of instruments perfected by producers Brandon Hood and TC3’s own Jaren Johnston.

Much like Dasher herself, there’s no doubt that this single will appeal to traditionalists and lovers of modern country music alike. Having opened for Hank Williams, Jr. and The Cadillac Three, she possesses a singular talent that’s quickly gaining recognition from figureheads in the industry, as signified by her debut performance at the Grand Ole Opry this past Friday as well as two upcoming performances (October 5th at the Grand Ole Opry Birthday Bash and October 10th at the Opry Country Classics Show).

If you listen to this track and can’t get enough, check out her YouTube for a few additional songs and follow along with her on Instagram to stay current with her tour dates. She puts on a one-of-a-kind live show that you absolutely do not want to miss.