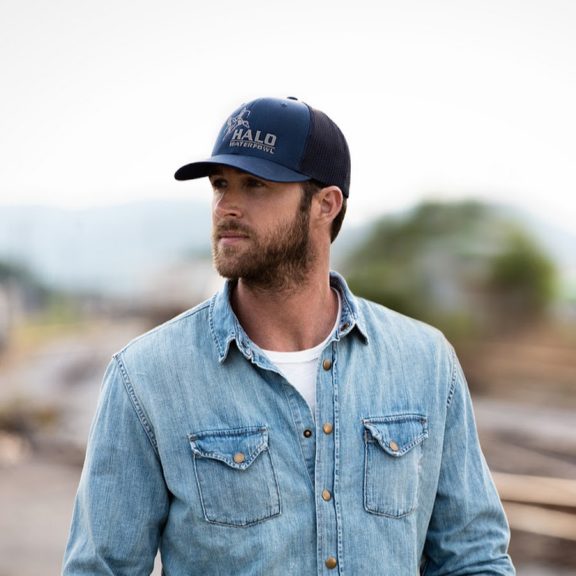 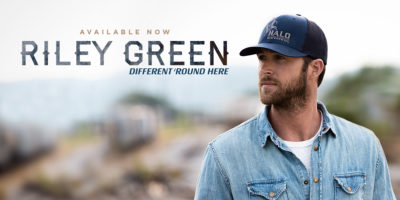 Riley Green has been getting better and better with each project he releases. From his early days of fun and catchy drinking songs to today’s mix of songs that make you feel everything and nothing all at once. Riley’s modern take on a classic country man is what makes everyone around him drawn to his personality and music.  He is the guy from your hometown you just knew things would work out for, but also the first person you would greet with a cheers to his success.  Likeability is hard to clarify and while it is different for everyone, Riley has the characteristics that just make him approachable and honest.

To take on mainstream country radio, Riley had to let his outsider persona have a little bit of Nashville polish for his debut record and honestly we really dig the sound.  In the same way that California Sunrise lifted Jon Pardi’s star into the mainstream, Different ‘Round Here is sure to take Riley and his sound to new levels of accomplishment and acclaim.

The album is soaked in his Alabama roots and full of stories about what Riley does and thinks about his life right now.  It is a mix of songs to help you have a good time, to help you get the girl, help you get over the girl and of course introspective stories on what it means to be a man.

Dan Huff’s production work really smoothed over the vocals and cleaned up Riley’s Alabama sound into something that seems familiar while still seeming genuine. The key with Riley and this album is the lyrics. We have talked extensively about some of these tracks since we found Riley’s music. His style is tough as nails but still playful in a world that sometimes takes itself too seriously.

We are not going to break down every track from this project. If you want that we have reviewed his first major label EP as well as his viral single I Wish Grandpas Never Died. Hell just give RILEY GREEN a search in the bar at the top of our home page and you will get a whole mess of articles where we sing his praises.

This album reworks the cream of the crop from Riley’s last few years of work (some video leaks or some re-recorded from previous releases) and adds some really great new tracks to the mix. We are going to focus on those tracks that were new to us on the album.

“Different ‘Round Here” tells the tale of the hometown where he and folks like him come from. With a crazy catchy melody and lyrics that hearken to the things that make where you came from feel like home. We can hear this song being a future single.

“Hard To Leave” is one of those love songs that Riley has come to be known for by his fan base.  It makes the ladies swoon and gives the fellas a chance to make the track their own with their significant other.

“My First Everything” is another tale about a girl and the path to love with her.  Starting off with that visual lust and leading to the stuff of a long love story. Another truly great track.

Each track on this project has it’s place and with fourteen total tracks you can’t ask for more from a debut record.  Packed with co-writes from some of our favorite songwriters in Nashville as well as solo writes just like Riley used to pen for all his projects.

We have told everyone that was willing to listen that Riley and this version of country music is here to stay.  The rise to being a household country music name is right around the corner and this project, with as many great songs as it contains, is sure to help catapult him to that fame. Riley Green is the country music star we need, and he is officially here, ready for all the attention that this project is sure to garner for him.