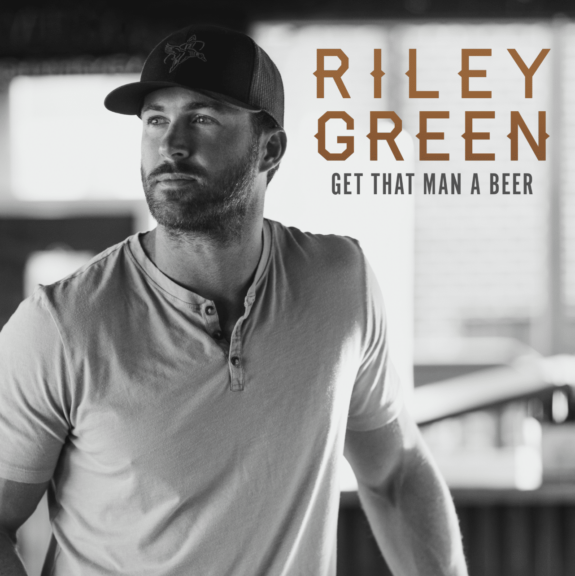 Riley Green drops his new single and completed Get That Man A Beer EP. 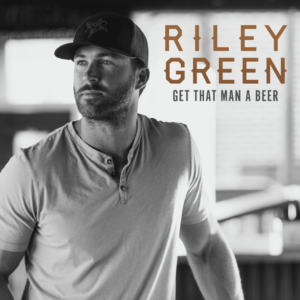 A year after the debut of his first major label release, “There Was This Girl”, Riley Green delivers an emotional 4 song EP that tells of love and love lost. Not only the kind of love you fall in and out of with a girl, but the kind of unconditional love a man has for his grandfather when faced with a life-changing illness. Lyrically the album tugs on all your heart strings. Those lyrics, paired cleverly with upbeat melodies, make listeners forget he’s even singing about heartbreak.

Since his quick rise to fame in 2018, Riley has put out a handful of songs before dropping his latest EP hoping to give fans a preview of what is to come on the full length album expected later this year. The title track on the EP, “Get That Man a Beer” has already hit home with fans who have been out to a show this year and the 500,000 who have seen the acoustic video on YouTube. Whether by happenstance or industry prowess, shooting a video of a guitar picking, boot wearing southern boy singing on the tailgate of a truck, you’re bound to get a couple views. But known for more than just his good looks and southern charm, Riley continues to grow his fan base with his undeniable ability to write relatable songs and get crowds singing along.

While Riley has proven himself to be an independently gifted writer, he takes full advantage of opportunities to collaborate with some heavy hitters that are no strangers to the game. With names like Rhett Akins, Marv Green and Erik Dylan credited for co-writing the latest EP, it’s no wonder the songs have spread like wildfire. Adding fuel to that scorching list of writers is the dynamic duo of Jonathan Singleton and Channing Wilson. Both industry veterans have had massive success working with the likes of Tim McGraw, Josh Turner, Billy Currington and Luke Combs just to name a few. Having written with Riley before, the creative space was familiar and together the three penned the title track on the EP, “Get That Man A Beer.”

The song wastes no time diving into the life he (or his character) dodged by finding out early on about his girl’s cheating ways.

“Well, I heard they got married and they bought a little place. He worked nights, and she worked days. And they had two mean kids, his old dog and her wanderin’ eyes. Well, I heard she’s up to her old tricks again. She did what she did to me to him. And the whole town knew it. Hell, I guess I dodged a bullet”

If you’ve ever been on the hurting end of a breakup, you know it’s a hard pill to swallow. More often than not you go after the one caught in the middle instead of the one who did you wrong. Hell, you may even throw a mean right hook or two before realizing they did you a favor in the long run. But one thing’s for sure, when you finally get over the shock and clear your head, thank the fool who saved you a lifetime of misery and pain and Get That Man a Beer!

You can catch Riley out on the road this summer with Chris Lane and Brad Paisley on the 2019 World Tour. Stops include California, New Mexico, Alabama, New York, Massachusetts, Florida, Georgia and many more in between.