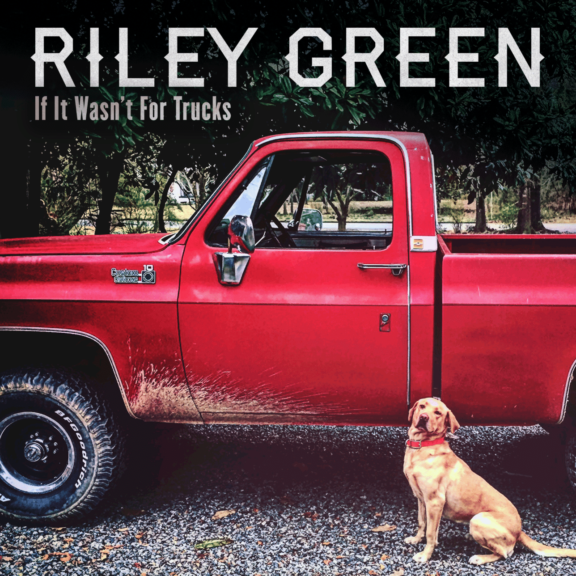 While the terms “authentic”, “relatable”, and “sincere” are some of the most frequently-used descriptors of country music, in Riley Green’s case you’d be hard-pressed to find terms that are more fitting. It’s no secret that the Alabama native has been generating buzz, as evidenced by his ACM New Artist of the Year award, his Golden Saw Series (which takes place in the venue that was once his great-grandparents’ home), and his most recent EP, If It Wasn’t For Trucks.

Though some time has passed since the release of If It Wasn’t For Trucks, the level of songwriting and artistry woven into the project reward giving it a little time to marinate. Although the five-song collection possesses the innate charm of radio-centric mainstream country, but these aren’t just surface-level country songs.  Green sings with a warmth and conviction that steeps each verse in rugged familiarity, harnessing a voice that’s the sonic equivalent of full grain leather, fine-grit sandpaper, and solid mahogany mixed together. If It Wasn’t For Trucks also takes standard motifs – trucks, boots, faith, and family – and finds a deeper significance for each one through a framework of concrete, detailed lyrics and modern country instrumentation. In short, it’s clear that Green has mastered the art of the everyday, blue collar, working man’s country music.

The EP swings into action with the upbeat “Jesus and Wranglers,” a nod to staying true to tradition in an ever-changing world. The song’s lighthearted mood is certainly a credit to the writers (Green, Randy Montana, Brad Warren, and Brett Warren), who work in a particularly amusing image of Jesus’s second coming at the end of the song. Green also touches on his faith – albeit in a more reflective way – in the previously-released “Better Than Me,” which he co-wrote with Charlie Muncaster and Gary Stanton of Muscadine Bloodline, Ray Fulcher, and Jordan Fletcher. This version also features vocals from legend Randy Owens, adding in a little extra Alabama authenticity. Though Green previously released this song and “If It Wasn’t For Trucks” on his acoustic EP Valley Road (see our feature on that here), the tracks seem to have found their true home on this project, studio-sharpened and playing into the overall themes the EP explores: change and the hypothetical “what if” questions life sometimes raises.

“If I Didn’t Wear Boots” (authored by Green, Tyler Reeve, and Erik Dylan) and “If It Wasn’t For Trucks” take two of the mainstay symbols used in country music and frame them in a fresh light by making listeners wonder what life would be like without them. From Green’s perspective, the boots make a man who he is:

but I damn sure wouldn’t be me

if I didn’t wear boots

I wouldn’t have a place to put that flask

In the same way, “If It Wasn’t For Trucks” isn’t your typical pickup truck anthem. Written by Green, Erik Dylan, and Randy Montana, the song places listeners right on the bench seat of a squarebody Chevy to watch the stages of life pass by. Amid sentimental guitar licks and the easy cadence of Green’s vocals, the track lends meaning to the relationship between a man and his truck, which stands through thick and thin as a silent witness to his story: “Where was I supposed to cry that July day Grandaddy died, or haul that deer, drank that beer, fell in and out of love, if it wasn’t for trucks?”

Capping things off is for “Behind the Times”, written by Green, Chris DuBois, and Lynn Hutton.  This lyrically solid track features near-cinematic imagery in a clever spin on the title, standing out from the rest on an EP where the strength of the songwriting is evident from beginning to end.

One thing that always makes an album or EP exceptional is how well the songs fit together as a whole. The tracks on If It Wasn’t For Trucks seem like they were made for each other, which is undoubtedly the result of the top-notch writers, producers (Dann Huff and Jimmy Harnen), and musicians backing Riley Green. Overall, the EP is thoughtfully constructed and has an infectious energy that will keep listeners coming back again and again.