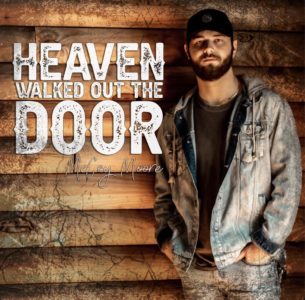 There’s no doubt that country music has always been rooted in tough subjects that relate to the common person, including heartache. Many people cling to those heart wrenching songs during sad times because it highlights what they’re going through in an artful fashion. McCoy Moore puts his own spin on heartache in his latest single “Heaven Walked Out the Door.”

Released on July 10th, this is the second single that Moore has released, and for an artist that hasn’t had many years under his belt, he’s already gained a lot of traction through his debut single “Take Me Back.” He’s taking these two songs with him as he makes the move to Nashville later this summer with plans to continue growing as an artist and songwriter.

His new single’s lyrics can be tied back into many people’s lives, but Moore isn’t one of them. In an Instagram post that showed appreciation for the support of the new single, he shares that he’s never gone through an experience where he’s had to chase someone to get them back. “I’ve never really had a situation where I wanted somebody back that bad but I know a lot of people go through that so I wrote it through that perspective,” says Moore.

While many concerts are still being postponed or at best, viewed as a drive-in experience, Moore was able to play at what was perhaps one of his final shows in his hometown of Kathleen, Florida. Understandably, Moore seemed to be emotional about playing in front of family and friends for what could be the final time before he moves to Music City. Teaser Media Group caught the scene below: 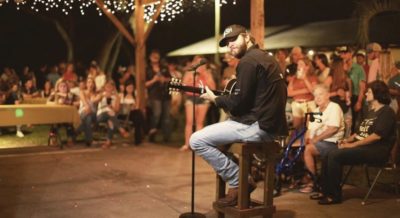 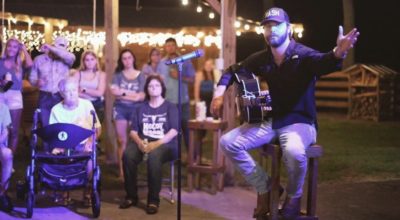 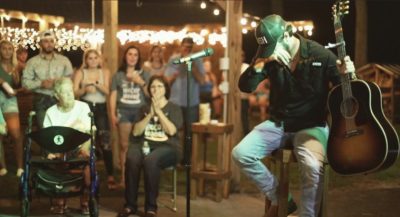 If you’ve ever read one of our posts, you know what the “it” factor is. We give that tag to an up and coming artist who we believe has what it takes to succeed in this business. After seeing him perform live and listening to his music, I wholeheartedly believe in McCoy Moore’s ability to create quality music for years to come.

His new single “Heaven Walked Out the Door” is available on streaming services everywhere today!