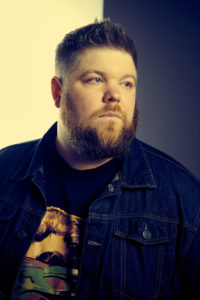 Ahead of the release of an upcoming full-length project he recorded at Melody Mountain Ranch in Stephenville, TX and Southlight Sound in Nashville, Tom O’Connor has been building anticipation by steadily releasing some first-rate singles (some of which you can check out in the live he did on our Facebook page). While “She’s Hell” and “Kill the Bottle” were about loving a woman, O’Connor’s newest single “Bootleg” speaks to a slightly different kind of love in that it’s an ode to the good stuff – that “straight from a mason/ain’t no chasin” Appalachian moonshine.

O’Connor wrote the single with Jacob Powell and Ben Daniel. “This was a fun song to write and record,” he says, “It’s very much a Southern, country, rock, drinking song. It kind of has an anthemic vibe and was inspired by some of my favorite bands like The Cadillac Three and Blackberry Smoke.”

Those influences shine through clear as day as “Bootleg” opens with a blitz of searing guitar, setting up a launching pad for the single’s punchy verses. The simple, catchy lyrics resonate with a rebellious spirit, in part because the ragged edge on O’Connor’s vocals perfectly suits the track’s backwoods swagger: “that store-bought liquor, tax-man sticker kinda buzz ain’t nothing.”

Bottom line, this song is a jam. Sometimes the best drinking songs are short, sweet, and to the point, and O’Connor definitely delivers in that respect. “Bootleg” has enough energy that it could easily become a go-to on your tailgate, bonfire, or party playlists. Given the caliber of the singles he’s released so far, O’Connor’s full-length project is one that you should keep on your radar; to that effect, make sure you follow him on Facebook, Twitter, Instagram, or his website to keep an eye out for that release date announcement.