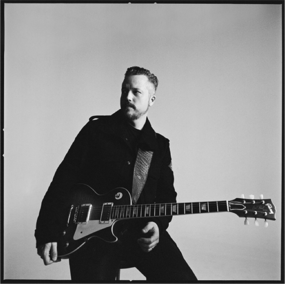 In anticipation of their upcoming project Reunions, Jason Isbell and the 400 Unit released the album’s opening track, “What’ve I Done to Help”, on March 6th.  As he’s not one to shy away from opening up a difficult conversation with his songs, the single finds Isbell staying true to form: his verses confront failings and shortcomings, as well as the effects of things he has and hasn’t done.

It goes without saying at this point that Isbell’s songwriting  remains in the top tier of the country/folk/Americana genre, and “What’ve I Done to Help” is no exception in that respect. Written  solely by Isbell and produced by Dave Cobb, the track builds a vivid framework to capture the fluid process of introspection: “thought I was alone in the world until all my memories gathered around me in the night/thought I was strong until I finally had to fight”

With regard to the overall sound, “What’ve I Done to Help” marks a departure from the rock base of “Be Afraid”, the first single off the new album. Muted but rich instrumentation on this release paints a murky, almost apocalyptic dreamscape as the backdrop for pointed questions and reflections that Isbell directs inwards: “World’s on fire, and we just climb higher/ till we’re no longer bothered by the smoke and the sound”. Isbell’s vocals, both rough-hewn and poignant, give an added weight to the lyrics and showcase his unparalleled ability to create an emotional impact that lasts well after a song ends.

Over the years, Isbell’s style has evolved with each release without sacrificing any of its caliber (his four Grammys certainly speak to that), so we can’t wait to see what this next iteration of his creative cycle will bring with Reunions. For more about the album (available for pre-order here) check out our feature and head to Isbell’s website for a complete list of tour dates.