Jason Isbell and the 400 Unit Announce Album, Tour, and New Single “Be Afraid”

In an answer to all of our country-americana-folk-rock-loving prayers, Jason Isbell and the 400 Unit recently came out with some major announcements: a new single, a new album, and an extensive tour schedule that will bring Isbell and his band all over the United States and Europe in the coming months. 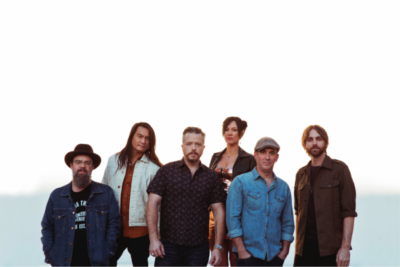 Reunions will be the fourth studio album Isbell and the 400 Unit have cut together; the Dave Cobb-produced project is set to release on May 15, 2020 via Isbell’s independent label, Southeastern Records. Having established himself as a prolific songwriter for more than a decade, Isbell says of the album: “There are a lot of ghosts on this album. Sometimes the songs are about the ghosts of people who aren’t around anymore, but they’re also about who I used to be, the ghost of myself. I found myself writing songs that I wanted to write fifteen years ago, but in those days, I hadn’t written enough songs to know how to do it yet. Just now have I been able to pull it off to my own satisfaction.  In that sense it’s a reunion with the me I was back then.”

“Be Afraid”, the first single off Reunions, dropped on February 10.  The track features Isbell’s straight-to-the-point lyrics in their full glory as it grapples with images of fear, success, and chasing uncertain dreams. Fast-paced rock instrumentation adds an urgency to the track, courtesy of the 400 Unit (consisting of band members Derry deBorja, Chad Gamble, Jimbo Hart, Amanda Shires, and Sadler Vaden). If “Be Afraid” is any indicator, this upcoming album (available for pre-saving and pre-order here) is one that will be well worth the longstanding anticipation.

Isbell and the 400 Unit will kick their tour off in Tempe, AZ on February 29 and are bringing a variety of openers on the road with them: Strand of Oaks, David Crosby & Friends, The War & Treaty, Billy Strings, and Lucinda Williams. You can find the full list of confirmed tour dates here, and tickets for some shows will begin to go on sale February 14 at 10:00 a.m. local time.