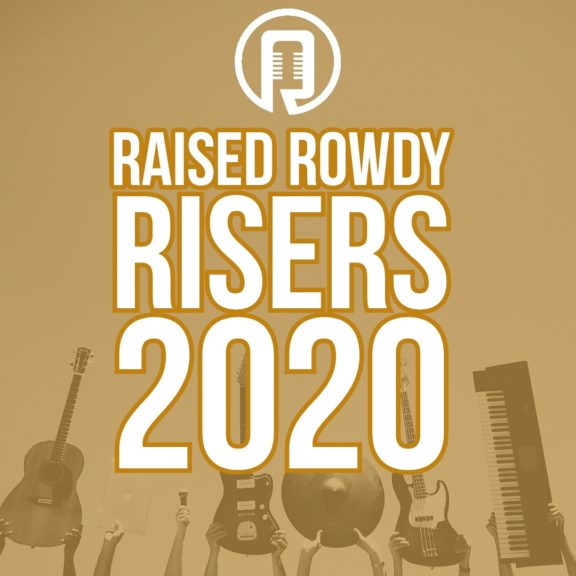 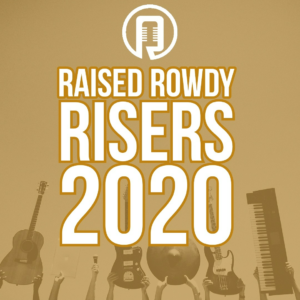 2019 was another GREAT year of Country music. We made some bets on some 2019 artists and they had plenty of success. The country music community as a whole took some big leaps (as they did in 2018) towards authentic songs and lyrical creativity and we couldn’t be more excited about it.

We hit some home-runs on our 2018 artists to watch and some more in 2019 and in true Raised Rowdy fashion we may have been slightly ahead of the trend on some artists whose success kicked into high gear a year or two after.

If you take a look at those lists you can get an idea of who we were early on and who we still are today.

In developing our lists, like always, we are using our 4 point system:

Now, let’s take a look at who we see as this year’s best bets to rise to the top of country music! We could literally have 100 artists on this list (that is how much extreme talent there is right now) but we whittled it down. Without further ado, here are 2020’s Risers:

Ashland has been steadily releasing songs that are serious steps forward in her career.  She is in the writing room with some of the finest writers in Nashville and is setting herself up to release a project that you won’t want to miss. She is on tour with Morgan Wallen and Jon Langston and is opening the eyes of fans and labels around the Country. Her Sultry voice and saucy personality give her that something we love seeing in our female Country singers.

Dan Smalley has one of our favorite voices in all of Country music. His Louisiana drawl mixes perfectly with the Honky Tonk heartbreak songs he sings. Dan will have your attention from the first note of his performance all the way to the encore.

Eric was one of those artists that almost made our list in 2019 and this year he has even more buzz. Fresh off releasing three radio friendly tracks that will give you vintage Keith Urban vibes, Eric is well known in Music City.  His personality – a playful bad boy – bodes well for both male and female fans alike.  His delivery makes every song he plays seem straight from the heart.  We can’t wait to see what 2020 has in store for us from Eric.

The fact that Gabe’s debut album farmland did not grab more attention in the Country music/Americana world literally has us scratching our heads.  Gabe’s voice and prose remind us of a bygone era in Country music, with lyrics that will have you listening on repeat to dive into exactly what Gabe is weaving in the web of lyrical genius he offers.  We hear Gabe is working on his sophomore project, and as is sometimes the case, it takes a second to get you where you want to be.

HARDY shot onto the scene in 2019 like a damn cannon.  His live show will remind you of the energy you get from your favorite Rock and Roll band. We have said that if you really want to be a superstar in Country music, you need to make a statement – HARDY’s raucous style mixed with some of the best songwriting and wordplay in all of Country music make him a superstar in the making.  Give us an EP every 6 months forever and we will listen to every single one.  No bad songs. Killer stage show and IT for days.

Silky smooth vocals with serious songwriting chops, Jason Nix really has the goods we look for in an artist on the rise. With all artists you can start to see the little things start to fall in line that can take an artist from good to great. It can be songwriting, being comfortable on stage or owning who you are. Jason Nix has spent a lot of time figuring out where his place in the Country music world is. With a clear direction to what his sound is and a passion for making real connections with fans the doors are swinging open for Jason.  We can’t wait to hear what 2020 has in store for him.

Kalsey’s voice has that same vulnerability and honesty that Ashley McBryde circled back to the front of the Country music world in 2019. You can feel the emotions Kalsey expresses flowing through your soul when you hear her play.  She released one of the best EPs of 2019 and we think 2020 is when more folks that are craving the realest of the real will get to hear Kalsey and her exciting mix of Country’s legendary sounds with a new age twist.

Kam’s ability to fill the room with his voice is second to none.  He has a list of tracks he’s laid vocals for that’s one of our most anticipated of 2020.  He started out on the scene with a debut to America on The Voice, but this year you will see he is way more than just a voice. He’s the full package.

Kolby might be the youngest artist on our list, but he has more single-worthy tracks than artists twice his age. Kolby’s songs mix the Texas sound and heartfelt lyrics so many of us are craving with radio friendly hooks.  His debut album released in August 2019, and any new releases here forward will surely catapult him to the next level both in the Texas scene and beyond.

God bless Texas folks. Randall King is exactly the kind of smooth-sounding, freewheeling honky-tonk singer we need more of on mainstream radio. His rise to stardom looks to be swift.  He reminds us of Aaron Watson, Cody Johnson and a young Dierks Bentley. His music features all the things that make a dance floor in Texas the greatest place to sweep a lady off her feet. Warner got a damn good one with Randall and we are excited for his first full debut on their label.

Sean Stemaly popped onto the scene with tracks like “Drunk Kissin” and his first breakout “Georgia” and has since signed with Big Loud, which is probably the fastest growing label in Nashville.  He’s not afraid to talk about having a good time, keeping the party going or the one that got away. Sean’s live show is fast paced and forward moving. He has the ladies swooning over his buttery vocal delivery and tall frame, but with insatiable singles like “Back on a Backroad”, once Sean gets his push he’s going straight to the top.  Sean’s ceiling is SO HIGH. It would not surprise us to see him headlining amphitheaters once the wheels start rolling on that old Chevy truck and in the meantime he’s captivating any crowd he’s in front of.

Styles is as country as they come.  He’s got a distinctive voice that you hear and immediately recognize, mixed with loads of tracks talking about the life he and his crew live: good times, hunting, fishing and partaking in the consumption of plenty of beers.  Think of his vocals as a young Blake Shelton with a tinge of Luke Combs in there. If Styles doesn’t have a record deal by the end of 2020 it would definitely surprise us.  The future is BRIGHT.

After independently releasing 3 amazing tracks, Tyler now has a full management and label team behind his powerful Alabama voice.  There is no other voice in Country music like his and after we saw him steal the show at a STACKED Whiskey Jam lineup we saw we knew something special was happening. We can’t wait for even more tracks from Tyler and to hear those powerful raspy, rangy vocals sing some of the new songs he has been working on.

Check out all the artists with released tracks on our Spotify playlist titled Raised Rowdy Risers.