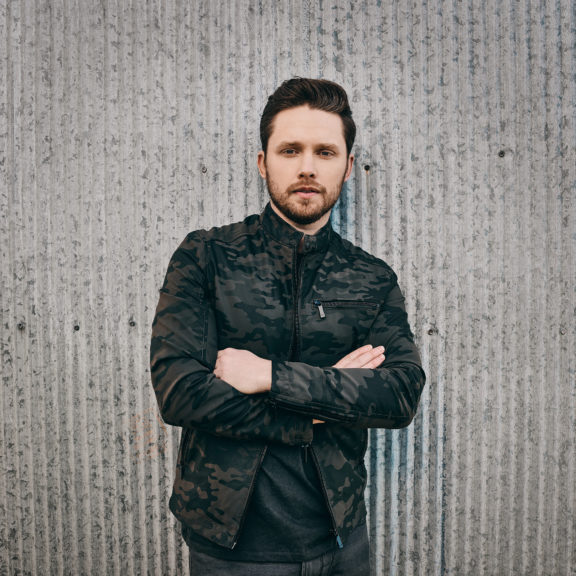 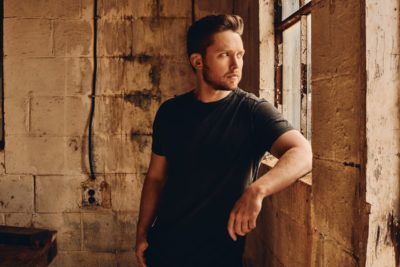 Right now, Jameson Rodgers is fresh off touring with Luke Combs on the Beer Never Broke My Heart Tour. In a recent social media post, he shared that before the tour had started he had never played an arena and by the time it wrapped he had played sixty-three, including Bridgestone Arena twice. With a newly announced headlining tour of his own, he’s ready to put the lessons he’s learned into practice. “Luke Combs has done more favors for me this year than I will ever be able to pay him back for. I’ve gotten to watch how he works the stage every night and how him and his team handle everything backstage. It’s been life changing for me. I was used to playing clubs so I had to learn how to play an arena. I feel like I’ve just grown as an artist and a performer being out with him all year and I’m looking forward to playing some shows of my own in 2020.”

When we asked him about some of the biggest changes he’s seen in the last year, he tells us “I’ve been on my first bus the past few months so I actually sleep now. That’s different. I’m not completely broke anymore which is cool. And I feel like I’m finally getting a legit shot to make my own path as an artist in country music which is mind blowing.” Along with the recent tour, he has also had his Grand Ole Opry debut and his first number one as a writer on “I Don’t Know About You” in the last year. But that didn’t all happen overnight. “I say all the time that I’m trying not to mess up all the good things happening for me right now.  I moved to Nashville in 2010, so it kinda feels like it’s taken 9 years just to get to the starting line… It’s been a long journey but it’s been incredible.”

He tells us that even though a lot has changed, he still feels like a lot hasn’t. He’s still the same normal guy from Batesville, Mississippi that loves writing and singing country songs. “I was always the guy singing… I’d sing walking down the hallways at school, or do karaoke for fun.” He said that moving to Nashville and becoming an artist was something that he always joked about doing, but it wasn’t until he was in college that he started writing and playing songs that he realized that it was something he could seriously pursue. He says “I moved to Nashville and finished school online, and started playing writer’s nights as much as I could. I just got to know other writers and artists who have really become like family over the years.”

Some of those writers include Jake Mitchell, Josh Miller, Smith Ahnquist, Josh Thompson, Ben Hayslip and Brent Anderson. He also mentions Hardy and Hunter Phelps, as “two of my best friends and favorite co-writers in town. I think what makes us so close is that we’ve known each other since before any of us had ANYTHING going on.” The three of them can be heard performing together on “My Kinda Livin” from Hardy’s Hixtape: Vol. 1s. If you’re into checking song credits like we are at Raised Rowdy, you’ll see their names show up together a lot. They’ve written together not only on music recorded by one of the three of them, but also on multiple cuts from Florida Georgia Line and the number one they shared recorded by Chris Lane. 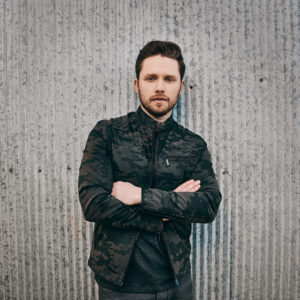 Rodgers attributes his style of writing clever and unique lyrics to the type of music he grew up listening to. The first artist he names as an influence as is Eric Church. “I’ve been a Church fan since Sinners Like Me, and saw him the first time he played in Oxford, MS with like 40 other people. This year I saw him at Nissan Stadium play for 56,000 people. He’s the only artist I’ve followed the entire journey of their career. He’s one of the best songwriters of all time, and listening to his music helped me hone my own songwriting skills.” He also mentions The Eagles, which should come as no surprise to anyone who’s heard his song “Missing One”. He says “‘Desperado’ is one of those songs you can work your entire life trying to replicate and never even come close. Garth Brooks rounds out his top three. Even though Garth was the first concert he had ever been to, he says it instantly had an impact on him. “I saw him at the Pyramid in Memphis, and it changed my life. I knew I wanted to make people feel the way I did when I saw Garth smash his guitar.”

Of his own writing, Rodgers laughs when we ask if he’ll still be writing intensely vivid breakup songs now that he’s been happily dating fellow country artist Sarah Allison Turner (who will join him on one of the dates on his upcoming tour) for a while. “My heart got broken a few times back in the day… But I think all writers have to be able to dive into a character most days. I try to make every song as personal as I can, but I definitely find myself diving into a character in a lot of the songs.” As for what we can expect from his next album, he teases us with a lyric from a song we haven’t heard yet, but is the namesake of his Grew Up In The Country Tour. “At the end of the chorus it says, “I think Heaven’s above and down here below the answer is love, but what do I know, I grew up in the country”. That’s my favorite lyric off the top of my head.” He also shares that his debut LP is already recorded and is expected out in the Spring/Summer of 2020 “We’re actually combining this last EP that has “Some Girls” and “Missing One” with 6 new songs.  It’s got some songs I’m really proud of. Some of my best written songs. It even has a collaboration with an artist you may know. That’s all I can say for now.”

“It’s actually still unbelievable for me that I get to do this.  I’ll never take this for granted and I’m gonna keep going as long as people are digging what I’m doing.”