HomeCountry MusicRay Fulcher, Isn’t Slowing Down Anytime Soon & Proves It With New Single “Down On My Window”

Ray Fulcher, Isn’t Slowing Down Anytime Soon & Proves It With New Single “Down On My Window” 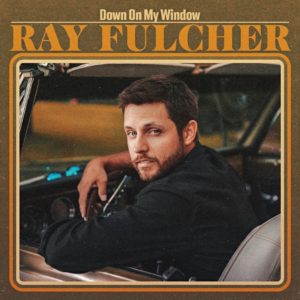 Well, they say you have to strike while the iron is hot and there are not many EP’s hotter than Ray Fulcher’s Somebody Like Me right now. This project is like a freshly restored muscle car, loaded with gritty hard hitting tracks as well as sounds that bring you back to the good ole days of country music. You can hear a track by track rundown of the EP with Ray HERE.

But Ray being a man of action is NOT resting on his laurels or the success this project has garnered him.

Ray Fulcher isn’t even letting the paint dry on his streaming smash EP before letting us in on his newest track. “Down On My Window” was co-written by Jonathan Singleton (who also produced the track) and Wyatt Durette.

When asked about the track, Ray told us “There’s something kinda cool about that moment when someone decided ‘alright, I’ve had enough…its time to get the hell out of here’ and goes out to start a new chapter, new life, flip a new page with a clean slate…whatever it is. Really tried to capture that emotion and nothing does that better than a cowboy into the sunset kind of backdrop and imagery.“

The track itself has that something that makes it kind of infectious. It might be the guitar or just the way the song flows. Honestly I can’t place exactly what it is, but often that is what makes a song special.  That ‘why do I love this so much’ kind of feeling to it. With smashes like this it’s just a matter of time before a record label starts knocking for Ray’s services. That is something we cannot wait for, as these songs are exactly what we need on country radio nationwide.

We can imagine Ray playing this one live and replacing the line “And an old Stetson hat” with “and an old Bulldog’s hat” and we can’t wait to hear him do it.  Give this one a listen and tell us if you think it is as great as we do.

Ray is heading out this fall/winter on some headlining dates as well as some with Josh Abbott Band, so make sure you follow him on INSTAGRAM to keep up. Until you are lucky enough to catch”Down On My Window” live, just give it a DOWNLOAD and a listen… or 1,000.