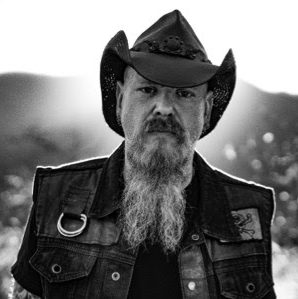 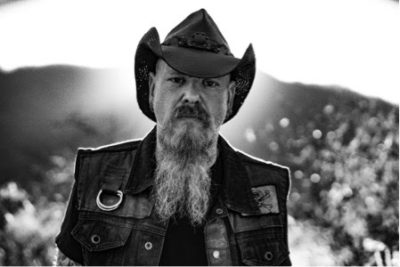 Award-winning singer-songwriter, musician and voice-over actor Jason Charles Miller has unveiled a new music video for his powerful single “Get Thee Behind Me,” which features guest performances by Dug Pinnick (King’s X), ‘Cowboy’ Eddie Long and Duane Betts (son of founding Allman Brothers guitarist Dickey Betts). The track is taken from Miller’s recent album In The Wasteland (Sony/Red Music) which combines elements of Outlaw Country, Americana and Southern Rock, which we have touched on in a previous release HERE

Filmed in the Southern California desert near the Salton Sea and directed by Andrew Fogel (The League of S.T.E.A.M.), the video alludes to the Christian story of the Temptation of Christ and contemplates the struggle of good versus evil. Watch it below or on YouTube:https://www.youtube.com/watch?v=6NFPBZwomdc.

“When writing the lyrics for this album, I was really inspired by the struggle of good versus evil,” shares Miller. “Whether you’re a Christian or not, most people are at least casually aware of the story of the Temptation of Christ, where Jesus wanders in the desert for 40 days and is tested and tempted by Satan. Taking more of a secular view of a very religious story, I decided to write the lyrics from Satan’s point of view–how he kept getting more and more frustrated with Jesus and finally left. So of course I had to play Satan in the video, at least part of the time! The rest of the time I’m just myself, retracing the steps of what happened.”

Miller elaborates: “To mix things up a bit, since visually the video looks very apocalyptic, we decided to add the four horsemen of the apocalypse: Conquest, War, Death and Famine, portrayed by four amazing women on motorcycles.”

Miller embarks August 20 on a headlining month-long trek across the U.S. plus a few shows supporting the Allman Betts Band and an appearance at Muddy Roots Music Festival in Tennessee. Next, Miller will return to California for the annual Wasteland Weekland, where he’s previously performed; the festival is featured in the music video for the album’s title track, “In The Wasteland.” Look for Miller to also perform at the Whisky-A-Go-Go on October 3. Full dates are listed below.