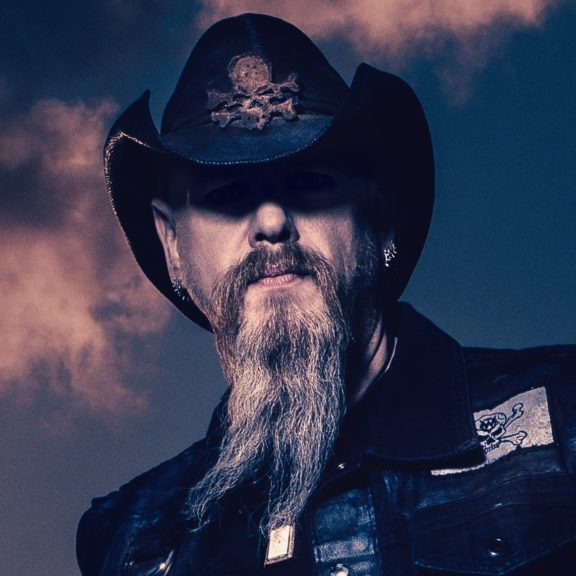 Jason Charles Miller is known in both the rock and now country world to be edgy and risk taking in his musical selections. The former Godhead vocalist now leans heavily on the outlaw side of country music while still keeping some of the rock riffs his long time fans have come to know.  Jason is an accomplished, multi-faceted performer, with more than two decades of professional experience as a musician, songwriter, singer and voice actor.

As a solo artist, Miller who is signed to Red Music/Sony Music, has opened for country greats such as Alan Jackson, Toby Keith, Gary Allan, Eric Church and more. His name has graced ears of fans via write ups/ features by musical outlets like Rolling Stone, Billboard, Guitar World, MTV, and VH1, who have touted him as one of rock and country’s best and most consistent live singers. Vocally you will be hard pressed to find someone with the range and talent of Jason regardless of genre.

The video we are featuring today is for his newest single “Running” off his album In The Wasteland. Jason told us the following in reference to the writing of the song, “We had a lot of fun writing this one. Danny (Wornsnop), Blue (Foley) and I came up with the concept of a fallen angel who chose the devil’s side, but then changed his mind.  He realizes it’s too late to go back, but still tries anyway.  A real heavy subject matter over a riff that’s almost surf rock in nature.  There’s really no other song on the album like this, but the album would feel incomplete without it!”

The track was produced and mixed by Matt Hyde (Jonny Lang, Deftones, No Doubt) and was co-produced by Stewart Cararas and Jason himself.

The video is full of haunting imagery and at first glance seems to tell a separate story from what you would expect for the song. The video was directed by Outlaw country artist Bob Wayne (who has directed videos for Hank III and Shooter Jennings) and stars Alexander Ward (Westworld, American Horror Story, Sleepy Hollow) and internet star Vivid Vivka with cinematography done by Jan Michael-Losada (Grrl Scouts, Victor Crowley, Miss 2059).

Jason tells us, “Bob and I were brainstorming one day about making a music video.  I played him “Running” and we knew this was the one he should direct!  I love Bob’s creativity and fearlessness when he makes videos.  Rather than retell the story of the song, we thought putting vampires in a haunted house would make the whole thing a lot more interesting to watch. I mean: Vampires!  Lore behind vampires says some of them are fallen angels anyway, so it still worked with the concept.  Getting Vivka and Alexander to play our vampires was the best part, they did such an amazing job.  Finding the right house was key, and luckily I found out about the historic Harris House through my friend Robert Coshland (who happens to own it), and it turned out to be the perfect place!  We didn’t have to do a thing, it looks like that all the time!  I consider the house to be one of the stars of the video as well.  I couldn’t be happier with how it came out and I can’t wait to share it.”

So the video with it’s eclectic all star cast came together to be very different than what you might be used to for a country song but that is exactly what you would expect from an artist like Jason. True to himself and his art regardless of genre or influences.