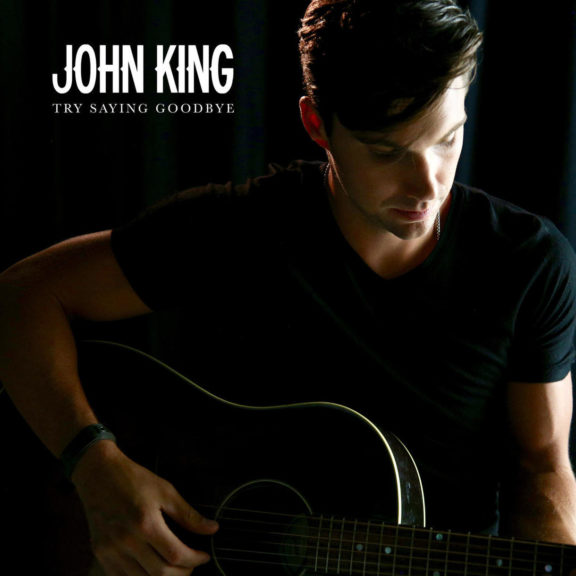 Spring is around the corner, and Spring Fever will soon be hitting many couples. After being cooped up all winter with cold and rain, couples everywhere are getting tired of one another. But John King’s latest single ‘Try Saying Goodbye’ is a song you need to hear before making the decision to part ways.

Take it from me. I’ve been through plenty of break ups, even divorce. But when it’s a real love — a forever love — at least take a second to REALLY think about that departure.

The second verse of this song hits home really hard for me. See, my fiancee and I, we have a really great story. One that takes us from a weird first meeting to far apart and then back to one another. Since we’ve been together, there have been some incredibly trying times. Times when I’ve resorted to staying out at bars all night long just to avoid coming home and dealing with the issue at hand.

“Well, you fought like hell just to get this far/
Yeah, you got the girl and she stole your heart/
And now you’re on a stool shootin’ Ninety Proof/
But you ain’t done nothin’ that you can’t undo/
It ain’t too late.”
At the time, it seemed like it was too late. That we were never going to work out whatever the problem was because, dammit, she was being unreasonable. Or I was too prideful. Whatever the case (she’ll agree that most of the time BOTH of us were wrong in some capacity), all it took was trying to say goodbye. Every time I would think it or we would say it, it felt — wrong. Completely wrong.
The chorus is spot on, too. Nobody said love was easy. In fact, it can get insanely difficult at times. But sometimes, just swallowing your pride and saying, “I’m sorry” — and MEANING it — can be the difference.
“Hey, nobody said love was easy/
And I know it can be kinda hard to swallow your pride/
You thought “sorry” was the hardest word/
You are ever gonna have to say to her in your whole life/
Try sayin’ goodbye/
Try sayin’ goodbye.”
You want to talk about hurt? Decide it’s over when the love is real; you’ll never feel hurt like that. Just try saying goodbye.
It’ll be a lot easier on your heart to just say, “I’m sorry.”