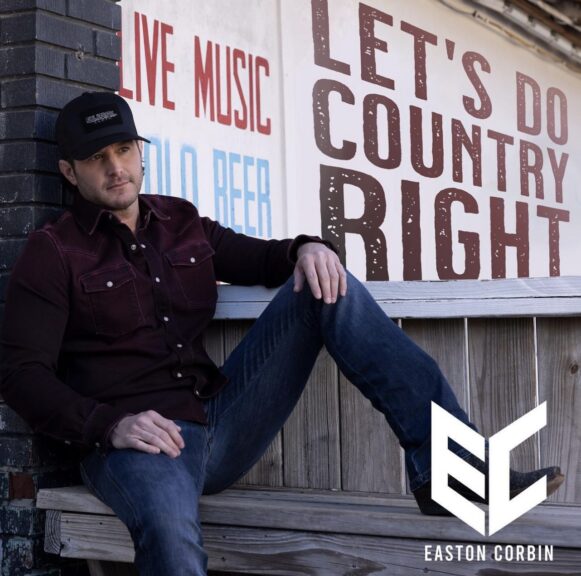 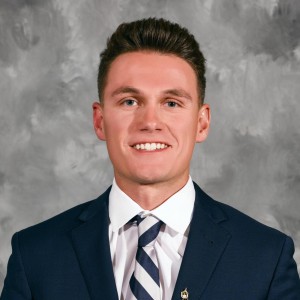 Easton Corbin released his first studio album in eight years, Let’s Do Country Right, today. This 14-song album is Easton’s first under Benny Brown. In January of 2022, Easton signed a brand-new record deal with Stone Country Records after being with Mercury Nashville since 2009. Stone Records is led by country music industry veterans, Benny Brown, Paul Brown, and Jason Sellers. The label includes Easton Corbin and rising country star Ben Gallaher. With multiple number one songs, over half a million albums and five million singles sold, Easton Corbin is kicking off 2023 by making quite the statement with a badass record.

Let’s Do Country Right highlights the Easton Corbin that everyone has come to love over the years. Staying true to his roots, Easton recorded 14 songs that he believes does right by country music… hence the title track. Personally, I’ve always been a big Easton Corbin fan. He puts on one hell of a live show and songs like “All Over the Road”, “Are You with Me”, and “A Little More Country Than That” were a big part of my growing love for country music as a kid. I don’t want to say that Easton Corbin is back, because he never left. However, it has been a long time since we’ve seen a studio album from him. Easton had released singles throughout the course of 2022 and made his return to country radio with “I Can’t Decide” in April of 2022. Easton’s previous album was About to Get Real that was released in June 2015. There are very high expectations for Easton and this release, but this album truly does exceed expectations with a perfect mix of modern country and an early 2000s country sound.

I had the opportunity to speak with Easton last week and ask him a few questions about his big release. Here’s how it went:

WITH YOUR NEW RECORD DEAL AND THIS BEING YOUR FIRST ALBUM IN EIGHT YEARS, WHAT ARE YOU LOOKING TO THE MOST IN THE UPCOMING RELEASE?

“Man… you know, first of all, the new record label, Stone Country Records, they’re awesome. Working with Benny has been great. You know, they really love country music and of course I love country music. They’ve just been really supportive towards me as an artist and the music that I love. And man, I’m just excited to get new music out there to give to the fans, you know, they’ve been hungry for it. And I’m ready to give it to them.”

OUT OF ALL OF THE SONGS ON THE ALBUM, DO YOU HAVE A FAVORITE ONE? IF SO, WHICH ONE AND WHY?

“That’s hard. You know, when somebody asks me which one is my favorite one because it’s like anything else man, you love all of them or you wouldn’t have put them on the record or something about them. If I had to pick a few, I would say maybe ‘Whiskey Don’t Take Me Back’, you know, I don’t know if it would ever be a single, I guess it could be but it’s one of those songs that if you’re a fan of mine it, it could be one of your favorite songs because it just really embodies the country music that I love because it reminds me of songs that I recorded say ‘Tulsa Texas’ or ‘Let Alone You’. Just those recognizable country songs like that, man.”

IF YOU WERE TO DESCRIBE THIS ALBUM TO SOMEONE THAT WASN’T FAMILIAR WITH YOU OR YOUR MUSIC, HOW WOULD YOU DESCRIBE IT?

“You know, I always describe what I do, as I like to keep one foot in the traditional and one foot in the modern and marry those and bring that together. And I would say if you like country music, you’re gonna love this record.”

DO YOU HAVE A DREAM COLLABORATION? IF SO, WHO IS IT?

“You know I’d have to say probably dream collaboration would be you know, I’d say someone like George Strait or Garth Brooks or something like that, cause you know, those guys kinda do the same thing.”

“Man, we’re gonna be hitting the road out there, obviously we’re releasing this record January 20th, gonna be playing new tracks, tracks on this record on our live show, man we’re getting as much as we can out there!”

The 14 songs featured on the “Let’s Do Country Right” album are: