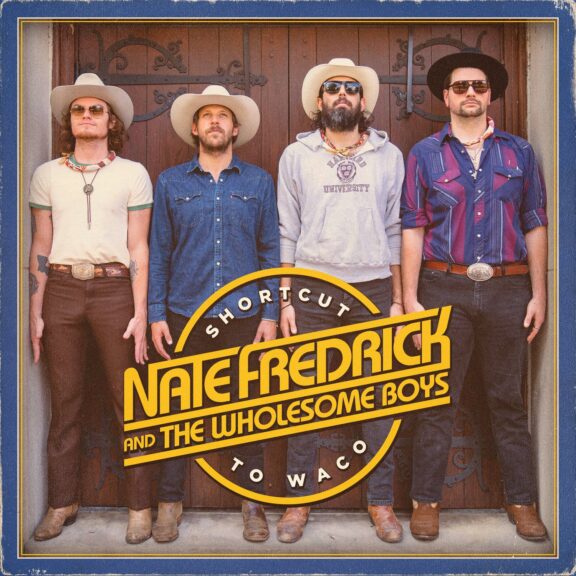 Nate Fredrick has one of the most distinctive voices out there right now. As was the case with the songs on his album Different Shade of Blue, his new single “Shortcut to Waco” (released last Friday) seems singularly suited to his warm, raspy vocals.

Written by Fredrick and Jon Decious, “Shortcut to Waco” tells the story of a couple traveling through Texas: “The getting is in the going, said the river to the ocean on its winding way to where they meet… but there ain’t no shortcut to Waco whichever way that we go.” The track’s swirling instrumentation serves to capture the moment in time that Fredrick relates in the lyrics, pulling listeners in to the asphalt-induced reverie of watching the world go by on a long drive.

This sentiment of embracing a journey and finding new directions is, in a sense, reflective of the changes Fredrick has made in his own life since releasing his debut album in 2021. For “Shortcut to Waco,” and for the first time ever, Fredrick is part of a real band: The Wholesome Boys. Comprised of Fredrick on lead vocals, acoustic and electric guitars, Dylan Miller on drums and percussion, Frank Patrick James on vocals and electric guitar, and Andrew Foreman on bass, the group began playing together in the summer of 2022.

This was a step that Fredrick could take as a result of another part of his journey – finding sobriety. “Someone will only follow you if you know where you’re going,” Fredrick explained. “I knew that the only way I was going to be able to keep playing music was to get sober, so I went to rehab two times last year. I knew that was the only way I could lead a band or even be a part of a band.”

Big things are coming from Nate Fredrick & The Wholesome Boys in 2023, so make sure to follow them on socials or catch a live show if you get the chance.