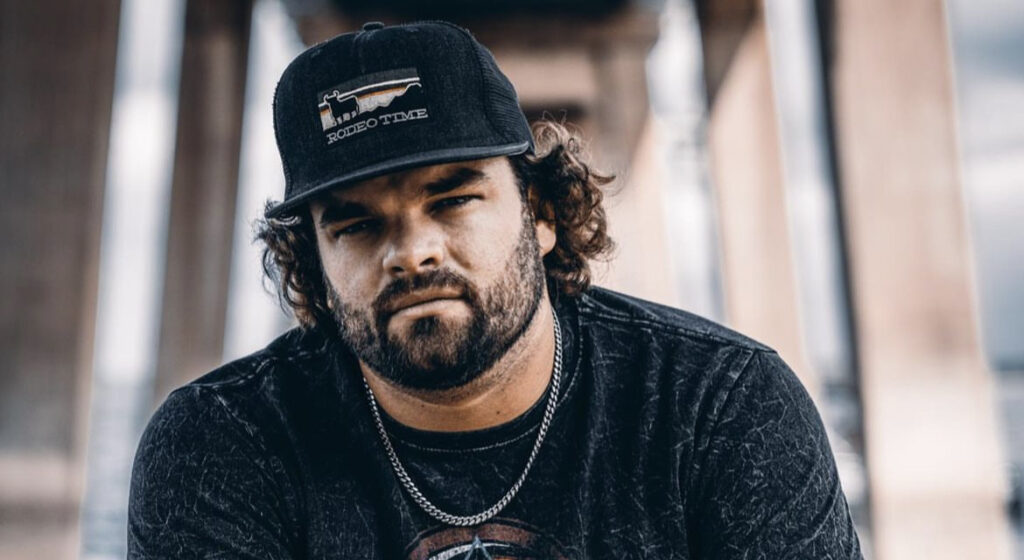 There are some large leading acts coming out of Texas and Oklahoma at the moment, but some of the brightest gems are the ones who are up-and-coming and still on the ultimate creative grind. Southern Oklahoma based country rocker Brady Wilcox is one of those gems.

“Man, I’ve loved being a part of or making music since I can remember. I used to love to freestyle rap music with my uncle when I was young young. When I was 9 years old was probably when it hit me the hardest though. We moved to Oklahoma, where my stepdad and all his family were from. My grandpa here was big into music. He came from Bakersfield, California and was a part of that country music scene when Merle, Buck Owens, Waylon, Winn Stewart and all those guys were there,” Wilcox remembers. “His favorite thing in the world was to play guitar and sing. All of our family get-togethers consisted of passing a guitar around and slingin’ tunes. When I was 9 I begged him to help me write my first song. I say ‘begged’ because he wasn’t real patient. I had tried to get him to teach me guitar all the time, but he never had the patience. But, he agreed to help get me through the song.”

He goes on, “It was a super cheesy song called ‘I’m Just A Country Boy’. I sang it at every family get together and I’m sure folks absolutely hated it. I ended up doing pretty well with it at a talent show that year too. I also had written a lot of poems in grade school and stuff. Music was just always a cool place for me to get my creativity out and express things in a way that folks didn’t quite get or understand, maybe? I didn’t really start ‘learning’ guitar until like my sophomore year of high school.”

Like every musician, Wilcox has influences, and they’re from all over the spectrum.

The music scene that Wilcox is in is very tight-knit. Songwriters share ideas, artists work together, people network, connect, and just plain help each other out. He says he looks up to and would be interested to work with guys like Koe Wetzel, Randy Rogers – who he refers to as the “big brother” of the Red Dirt scene – Read Southall, Mitchell Ferguson, Austin Meade and many more.

Wilcox and all of the artists mentioned above have their own creative process when writing a song. Whether it be step by step every time or completely different depending on the situation, there is always a trigger that makes an artist’s gears turn.

“I really don’t have a specific process. Sometimes I’ll set aside a specific time and place to try to brew up some stuff, but mostly stuff on the fly. I get a lot of windshield time and a lot comes to life from it,” he explains. “Like 7 Mile Curve. Back home there’s two towns, Bokchito and Caddo, and there is a curve 7 miles in between each of them referred to as 7 Mile Curve. I was driving a crappy Chevy Lumina and broke down right in the mouth of that curve. While I was waiting on help, I was pondering on where my friends were in life. My uncle was going back to the pen and several other things, so the idea spurred.”

In Texas, there’s a huge alternative rock presence at the moment, changing direction from the typical traditional country sound you would expect to hear. Wilcox has the right idea by saying that he thinks music has no rules. If he feels like rocking out, he rocks out.

“Whatever feels the best, we run with. I like it all though – who knows, may try and work with a Hip Hop or rap vibe one day on a track,” he laughs.

Wilcox is stoked as hell for the new music he has coming out.

“There’s a lot of dynamic in the songs. We’ve got some straight up country stuff, some southern rock stuff and one song I would even say is punk rock,” he explains. “Our next release will likely be a song called Curves. Based on the title, most folks will think it’s completely opposite of what it really is, but I wrote it with my mom and childhood in mind and about strong women that have been in survival mode before. These new songs coming though, we’ve played them live, and they are so fun to perform. People seem to put off good vibes, so me and the guys are just humbled and excited as hell.”

Brady Wilcox is an up-and-coming killer, so it’s best to hop on the train while it’s early. Go give him a follow on his socials and check out a show or two to show some support!