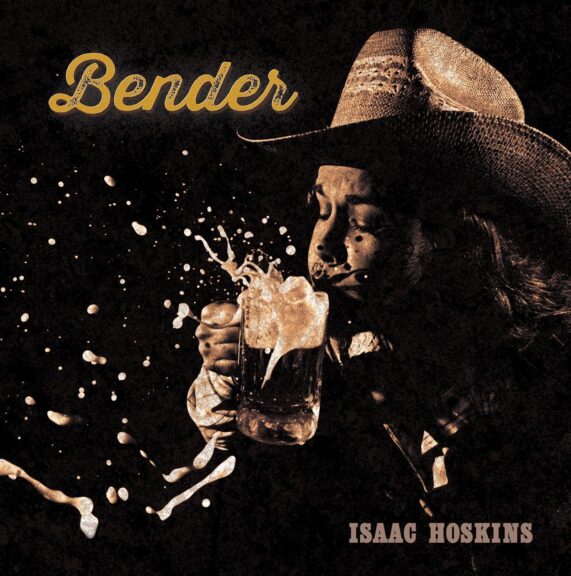 For Texas artist Isaac Hoskins, a chance encounter at Fort Worth’s Magnolia Motor Lounge one night back in 2019 would land him and his music in a highly coveted position on the Yellowstone soundtrack. While the series is recognized now as a tastemaker that places (very) deserving acts such as Whiskey Myers and Ryan Bingham in a national spotlight, for Hoskins, his place in the show’s talented cohort of artists has its roots in a classic case of right man/wrong bar/right time.

As Hoskins explained in a recent interview, when Yellowstone director Taylor Sheridan and his wife Nicole walked in to the Magnolia Motor Lounge that night, they weren’t supposed to be there. “They were supposed to see another show that night and went to the wrong venue, completely on accident. I met Taylor afterward and it’s been a pretty wild ride since then. They’ve hired me for parties and horse shows, charity auctions, and other events. I’ve had pretty cool experiences because of that one.”

Hoskins’ appearance on Sunday night will come on the heels of the release of his third album, Bender, which is available everywhere today. The album kicks off with “H-Town Turnaround,” which pairs rock and classic country influences to set a tone for the rest of the album. Next up is “Back to the Saltmine,” which highlights the gritty relatability that runs as a common thread throughout the project’s ten tracks.

Before a meeting with a couple of fools

That hadn’t got nothin’ to say

I hate to know what they’re getting paid

Lord knows that they never passed the seventh grade”

Clever lyrics imbued with a sense of humor help develop the “highbrow honkytonk” sound that Hoskins coined. “I kind of began using [highbrow honkytonk] to describe the kind of music I was making. I try not to forget the type of people that are going to hear what I’m singing.” The precisely detailed songwriting in tracks like the standout “If It’s Meant To Be” and “Leon’s Blues” also gives Bender an almost-cinematic depth in certain places.

Everyday life and the connections he makes often animate Hoskins’ songwriting, as he elaborated: “the only thing I really have to offer that’s original are my thoughts and the way that I interact with other people.” He has no shortage of experiences to draw from, having worked as a bartender, construction worker, and beer truck driver outside of his music career. Even within his music career, Hoskins has embraced the unconventional. He once had a standing Wednesday night gig as a honkytonk singer at a sushi restaurant and gleaned wisdom from that as well: “You learn a lot about yourself trying to keep the attention of people who don’t want their attention taken. You’re basically wallpaper, trying to get that connection and inclusion with somebody’s evening.”

“Off The Wagon,” the rowdy, upbeat tune that’ll be featured in Yellowstone on Sunday night, follows in that same vein of human connection. The track was born from a conversation Hoskins had with one of his former co-workers in a grocery store, who disappeared from work for a little while and came back with one hell of a story to tell.

“Pistol and the Prayer” further cements Hoskins’ status as a storyteller from the very first line (“I went and bought myself a pistol like the one you killed my friend with.”). Backed by an ominous arrangement of instruments and at one point dropping into spoken-word delivery, this track stands as a testament to the level of attention to detail that went into creating Bender as a whole.

Hoskins recorded the album with The Band of Heathens’ Gordy Quist at the helm as a producer/engineer. “It was all business with Gordy and those guys…just making the music and seeing what we can do. I took Gordy’s suggestions on instrumentation and structure and it was great to see [these songs] come alive.” Bender also features the talent of artists like Katrina Cain (backing vocals) and Geoff Queen (steel), along with the backing band assembled by Quist. “The band Gordy put together was incredible,” Hoskins pointed out.

Bender has a natural flow in the way one track progresses to the next, and has a little something for everyone, from honkytonk rockers to slowed-down, insightful tracks. It’s an exciting addition to Hoskins’ catalog, and we can’t wait to see where this album and his Yellowstone appearance take him next.