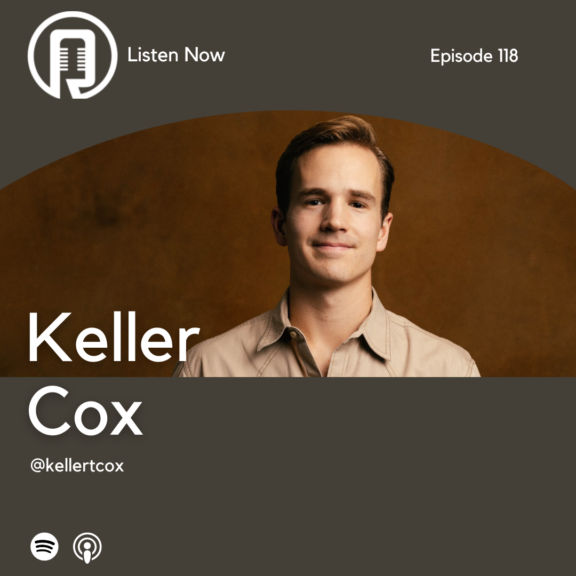 Nicky T and Kurt Ozan sit down with Keller Cox and talk about how he went from selling merch to having management, a booking deal and opening shows for some of his favorite bands. Keller is one of the most honest and energetic artists we have had on. Hear his story of how he got into music, and some deep life lessons he learned from a book “The Artist’s Way”. This conversation is about music but it becomes so much more than that. You can learn something every day. The Devil and the Beauty are in the details.

Hear is some of the conversation between Keller and the guys:

Keller: Yeah, I think that’s the weirdest thing these days. Like we we played a show in Kansas. I got to open for Flatland. I guess a month ago, back in July, or two months ago. Time flies. But anyways, this kid comes up and goes, Man, how do you do it? And I was like, I don’t know, I was you yesterday, it’s crazy.

Nicky T: Man even just industry terminology and stuff. It’s a whole different language. It’s definitely a learning experience me coming from a world where I’m not a musician, and just hearing terms. First it was business terms. And then it’s music terms. And now it’s learning all these marketing terms and things like that, like formal marketing, stuff that I  know what they’re talking about, but I didn’t know it was called that. It kind of goes like that. But I think that’s the cool part about it is, you’re learning your business, as you’re learning to be a better musician and to write better songs. It’s all part of the growth.

Kurt: Yeah, I think artists nowadays have so many hats that they have to wear just out of necessity. And I’ve never been an artist back in the day or now. But
especially like people that are newer to the game like Keller. You have to be like a video editor. And then, a photographer and a promo,

Keller: Yeah, everything. So I’m the merch guy, I’m the TM, the driver, social media. But it’s cool, though, because, and Dylan I managed to talk about this, like, I get to learn all these things. And then one day when someone’s doing it, I couldn’t have done it. Like I’ve done it before, you know, and I know maybe how I want it done, or how I don’t want it done. And I don’t know when you when someone talks to you, and they’ve never done what you’re doing before. It’s like, well, then why are you telling me what to do if you’ve never done this, but then if this is my business I have my hand on every part of it right now as it’s starting.

Nicky T: Well, and that’s, that’s how you have to do it. But yeah, you learn and you get a very wide frame from which to build your pyramid of success.

Keller: It’s funny that I just got married. in June, and I was talking to my fiancé about going full time music, she’s an accountant. And she was like, “Well, what are you going to do during the week?” You know, this is a question like from the outside looking in. And what do you do when you’re not playing shows? Now that we live together, she’s like, just Oh, so that’s what you do? Because by the time you get to the show, you’re like, wow, I get to play music that’s fun.  Because like, the whole time leading up to it, it’s emails. It’s county merge. It’s restocking. It’s this phone call.

Kurt: Sorry you are from Texas. So tik tock two steppin.

Keller: I guess so anyways, crazy. It’s a business.

Nicky T: No, it is man,  that’s what people don’t really understand.  People come to town. And they’re like, I like to play music. And that’s not it. That’s,
a fraction of it.

Keller: Yeah. Which is so wild. I mean it is about the music, if you don’t have the means has to be there. That’s yeah, I guess you can’t have the music and you can still, but it is at the at the end of the day, it’s about the song, you know, and about.

Nicky T: But it’s like, when you get a label, they have all those departments that are taking care of all the things that you’re doing yourself, right. But until you have that team behind you, and it’s a manager, it’s a booking agent. It’s marketing folks, and it’s creative people that are designing graphics. It’s someone that made your website, it’s all that stuff. So you can kind of all do that yourself. You just have to figure it out. You know,

Keller: FIO. Figure it out.

Kurt: Yeah, no doubt. I do that all the time.

Keller: Yeah, I’ve learned to be like,You know what, it’s just a flyer. It’s just a show announcement and to hold things loosely. Because I’m very perfectionist, do I want to spend $100 For it to be perfect? or would I rather just get it out there?  It’s only gonna exist for, you know, a week really, you know? Yeah. Okay, let’s just let it slide.

Hear the entire story on the podcast!