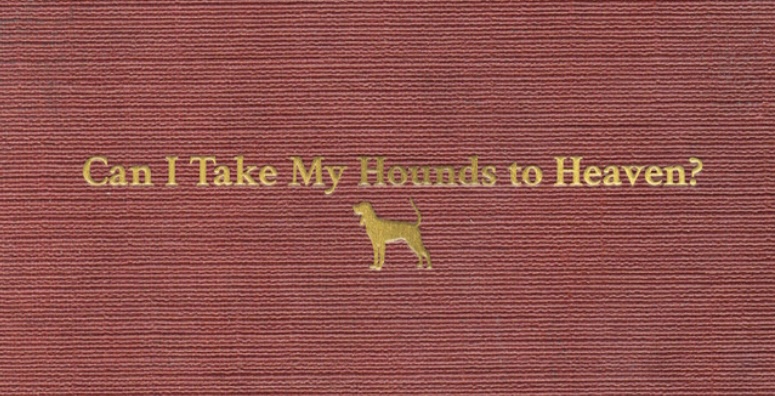 Tyler Childers Releases Spiritual New Record, ‘Can I Take My Hounds to Heaven?’

Tyler Childers is arguably one of the greatest country artists of this generation. We have received some absolute classics from him that will stand the test of time and are fortunate enough to still be getting new work over the years. On September 30th, Childers released his newest album, Can I Take My Hounds to Heaven? This record is unique in many ways, from the creative new use of instruments to the spiritual journey Childers takes us on. This is undoubtedly one of his finest releases.

Something you will realize right away is that there is not one but three versions of each song on the track list. The first set of tunes are dubbed the “hallelujah version”, which have a lot of newer, fresh sounds that Childers is experimenting with. There’s almost a gospel element to it. Those same songs come up again later, this time categorized as the “jubilee version”, and this time they are stripped down a bit and are reminiscent of old Childers from past records. Finally, we get the “joyful noise version”. If you are a fan of ambient, looped instrumentals and samples, you will get a kick out of these.

For the sake of time, I’ll be going through the “hallelujah version” with some insight from the other two to get an overall feel for the record and attempt to accurately portray the record as a whole.

“Old Country Church” kicks off the record with a bright and full sound. Organ and keys are most prominent in this track with Childers delivering his message to the tapping of an up-tempo hi-hat. It almost mentally puts you in that pew in a church, which can only be pulled off by flawlessly setting the aesthetic, which he does. The title track, “Can I Take My Hounds to Heaven?”, is absolutely one of the best on the album. It is filled to the brim with clever diction, which Childers is known for, and grooves effortlessly throughout. Next up is “Two Coats,” an instrumental that swings like an old school country and western tune that you would find in a saloon. Like the last track, the groove here is fantastic and the use of fiddle and all the other instruments blended together creates such a powerful sound.

You may be familiar with the next track, “Purgatory,” which is from Childers’ 2017 album of the same name. This time however, he ditches the bluegrass style and goes down a soulful, funky route. Personally, I prefer this one to the original only because we get such a full and chunky sound with Childers absolutely showing up with his vocal performance. “Way of the Triune God” features another great performance by him as well as some awesome harmonies that you’d hear in an old-timey church choir. This one is a very feel-good tune that makes you want to move almost instantly and is another very strong track on this record. “Angel Band”, which was released as a single, contains possibly some of the most beautiful, soulful melodies and exceptional musicianship I’ve heard in a long time. This is easily my favorite song on the album and is definitely going to be remembered as a Childers classic. The way he illustrates the story and delivers the imagery of what is going on makes this such an amazing track.

“Jubilee” is a four-and-a-half-minute jam session with some fiddle leading the march and some other strings kicking in throughout, which perfectly sets the mood for this back half of the record. Closing it all out is another strong tune titled “Heart You’ve Been Tendin’”, which could very well be considered a straight up blues number. The fuzzy electric guitar solos halfway through pierce through everything else, all while the fantastic production goes into effect creating a “wall of sound” if you will, which slams into you like a truck. This one is a perfect choice to conclude this album.

Like I said before, there are three different versions of each song on this record. That being said, pick your poison and find which version is for you. All that aside, make sure you give Can I Take My Hounds to Heaven? a listen. You won’t be disappointed.