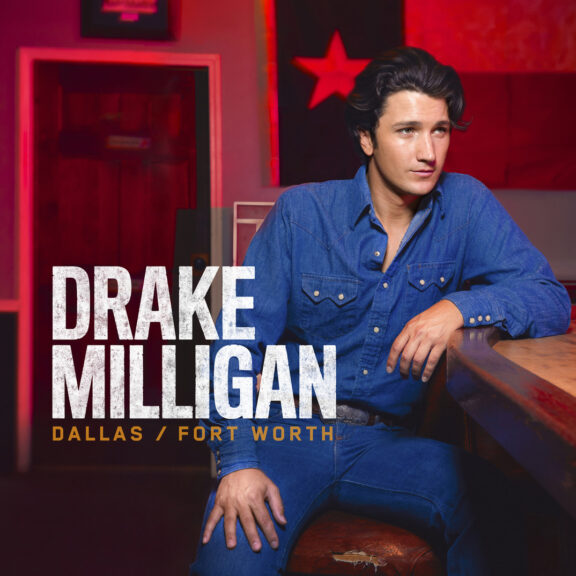 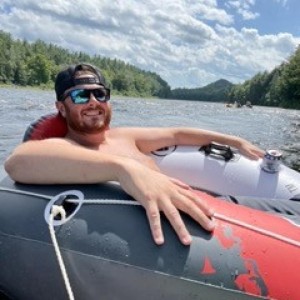 Drake Milligan recently released his debut album Dallas/Fort Worth (9/15) and damn, it’s country. If you think you recognize Drake from somewhere, you’re probably right. Back in 2017, at 18 years old, Milligan was transformed into a young Elvis Presley for the CMT series Sun Records.

The show only lasted one season, but Drake’s career was launched. After his brief acting career, he tried out for American Idol in 2018.

He made it to the second round of the show, but decided to drop out, citing that he wanted to focus more on developing his music. That gamble paid off for him. In 2022 he tried out for America’s Got Talent with his original song, “Sounds Like Something I’d Do.”

The move paid off for Milligan. Not only did he get a few years to hang out in the shadows and develop his music, but he also grew into his sound. He finished third on America’s Got Talent and now is looking to parlay that success to country music stardom. That all starts with Dallas/Fort Worth.

The first thing that I notice with Drake is his deep voice. On some songs, you hear Scotty McCreery. On other songs, he sounds a little more like Josh Turner. Regardless of who you hear, it lends itself well to the next thing you’ll notice: his sound. Drake is taking things old school. He starts off with a rowdy 90s inspired songs, then switches into a honky-tonk drinking song seamlessly. It’s a refreshing old-style sound, and it plays itself well to what true country music fans are hungry for in 2022.

Some of the highlights of this album include two duets. The first, “Goin’ Down Swingin’” features country music legend Vince Gill. The second, “Long Haul” features guitar legend James Burton. If you haven’t heard of Mr. Burton, he has done it all. He played guitar for all-time greats, including Elvis, John Denver, and Merle Haggard. Many people way smarter than me about this stuff consider James Burton one of the greatest guitarists of all time. That’s not a bad lineup for a 24-year-old country music singer making his debut album.

The duets aren’t the only bright spots on the album either. All 14 of the tracks bring something unique to making Dallas/Fort Worth a very good album. If I were to point out a few personal favorites, I would suggest the previously mentioned “Sounds Like Something I’d Do,” as well as “Bad Day to Be a Beer.” Both are more upbeat fun songs, and pair well with a nice cold beer on a Friday night.

Drake Milligan is on to something. He isn’t trying to reinvent country music; instead, he’s putting his own spin on traditional sounds. I could see him moving into a similar space to Jon Pardi, only with the voice of Josh Turner. He has a good team around him, sharing a label with superstars like Jelly Roll, Jimmie Allen, Lindsay Ell, and Parmalee. Drake is spending the end of 2022 touring various bars across the south. For 2023, Stagecoach Festival is already on his schedule. With that already on the schedule, be prepared to watch Drake Milligan blow up in no time!