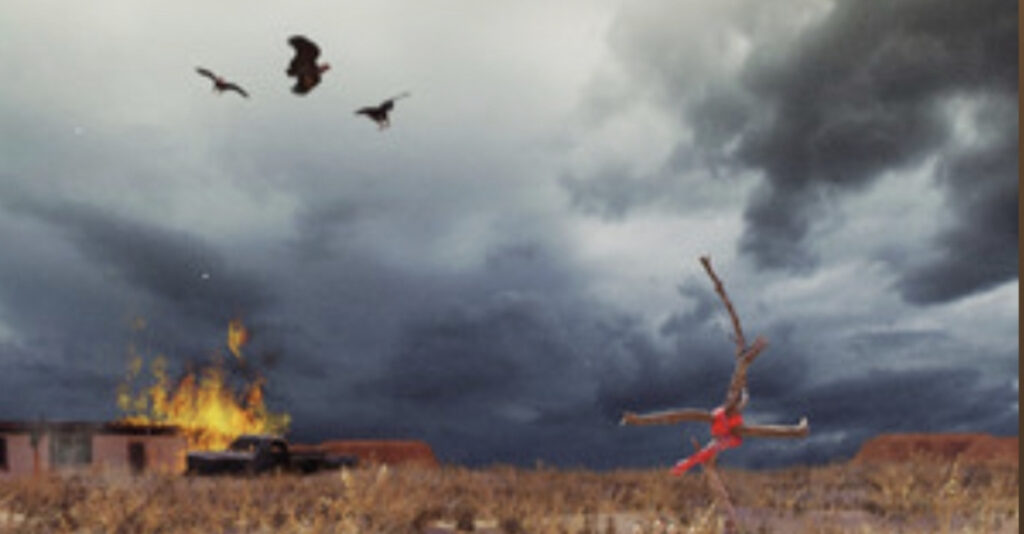 Whelp, Koe fans, the day has come. After much teasing the previous few weeks and some banger singles, Wetzel’s new album has finally dropped on September 16th. The record is titled Hell Paso, and if you have been listening to Koe’s work for a few years now, you will agree that each release will be different and unpredictable. Overall, Hell Paso is indeed different than anything he’s done before. The record contains future classics of Koe’s discography thanks to new sounds and experiments, as well as the other Konvicts absolutely showing out on this. Taylor Kimball’s production has yet again not disappointed and helped elevate the quality of the album.

Let’s break down a few of the tracks.

Koe opens up this record with “Welcome to Hell Paso,” a funny short skit which is not uncommon when looking back at his past few albums. After that, we get kicked off with “Creeps.” “Creeps” is the last single from this album that was released and it is easily one of Koe’s best songs I’ve heard in a long time. The extremely catchy hook brings you in and also shows that this guy really knows how to write a melody.

Another single from the record, “April Showers,” is the next track. There is a hint of a Pop-Punk here when it comes to the cadence in the vocals and guitar picking. Another thing to note are the drums in particular, which really bring the song to life here. After that we get “Money Spent,” which I think is going to end up being one of the most popular tracks on the record. From the beginning and throughout, there is a great buildup and tension that crescendos into a booming finale. Koe’s vocal performance is exceptional along with some killer guitar solos.

“Cabo” opens with a riff reminiscent of an old western style. There’s also some Latin-inspired percussion throughout, which is a nice touch. The next track, “Oklahoma Sun,” is a nice, mellow tune that reminds me of the alternative rock/pop music that I listened to growing up. If you relate to the story Koe tells here, the lyrics will definitely have a way of grabbing you. “So Low” is a great song, but boy is it sad – but a good sad. The songwriting is pretty deep and the guitar work is damn near hypnotic.

At the halfway mark, we have “Three Weeks,” which is a somber retrospective story that can relate to normal, everyday people like you and I. Koe has a great strength in writing so everybody can visualize what he is trying to illustrate. The next skit, “Cheers,” is a good one and has a short message that’s very overdue. It includes Koe toasting the people who liked the record, the people who hate the record and lastly, the people who keep whining about his music not being country.

We pick up a little bit with the uptempo “Better Without You,” which once again has that rock edge that Koe has mastered. The interesting shift here is that the mood changes from sorrow to confidence, which is a cool little detail. It’s almost like after he cheers the haters, he has a new light. “YellaBush Road” is another favorite of mine when it comes to the songwriting and story. It’s another retrospective song, this time about things not being so different after he blew up and it’s still relatively the same back home.

Finishing up the record are the tracks “Sad Song” and “To Be Continued.” “Sad Song” has another incredible vocal performance and the lyrics have Koe written all over it. Finally, “To Be Continued” is an acoustic ditty with a funny abrupt ending.

There you have it, folks. Hell Paso is a strong addition to Koe Wetzel’s catalogue and be sure to stream it, buy the physical copy and support his future work!