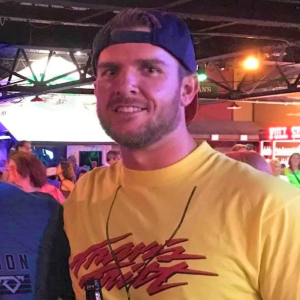 The Man: Jon Pardi has done it AGAIN!  Pardi just released his new album Mr. Saturday Night and as a long-time fan, it is everything I wanted it to be and more! He has such a knack for sticking to the unique brand he has developed: refreshing traditional country elements, great modern songwriting, and his own signature delivery.  Pardi built a massive fan out of me early in his career while touring hard and putting on an infectious live show at small venues and dance halls across the country. He built his brand and style with years of hard work, and raucous crowds of fans followed. This includes a special following of fans for rockin’ lead guitarist Terry Lee Palmer.  After releasing the critically acclaimed California Sunrise took Pardi to new heights, he raised the bar even higher with Heartache Medication. Pardi has established himself as a mainstay in the scene and he has now reached the stage where he is headlining outdoor venues and arenas. Despite his rise, his work ethic and live show remain the same as that budding superstar trying to chart his own path.  Speaking of charts, “Last Night Lonely”, just topped the charts notching him his fifth #1. So, you could say it’s been a pretty good week for Pardi and the crew.  Despite all of this success and the hype leading up to this album, Jon Pardi absolutely delivers again!

The Song: When it was announced that “Mr. Saturday Night” was going to be the name of the new album, I was instantly excited. Pardi had immediately established a fitting new nickname and I was convinced the song was going to be amazing before I had heard a word. It gets released and he starts off out of the gate with:

Let’s freaking GOOOO, it’s officially #PardiTime!  I was ecstatic as I am very much “That Man”!  But then…

“They think I’m the life of this whole bar
But if she walked in my act would fall apart
So I buy a round and shut it down and never leave alone
But when Sunday comes, they get up they go”

Holy Hell!  I was floored.  I was driving around when it came out and I actually had to pull over.  I was so amped for this Pardi Anthem and it just hit me like a ton of bricks.  Totally not what I was expecting – it was even better. I was at a loss for words. Pardi has gotten to the point where he gets his pick of some of the best songs out there and boy did he nail it with this one.  Benjy Davis, Reid Isbell, and Joe Ragosta wrote one heck of a song and I’m not sure it could have been delivered any better than Pardi does here.

The Album: Jon Pardi has created a very unique lane of his own and has shown the ability to consistently deliver hits with drinking songs, love songs, heartbreaks (with a twist), and some line dancing staples that take you back to the days he was playing at your local honky tonk.  This album delivers that same brand we’ve come to know and love, so here’s a breakdown of some of those songs in a little section I think is fittingly described in the title track. 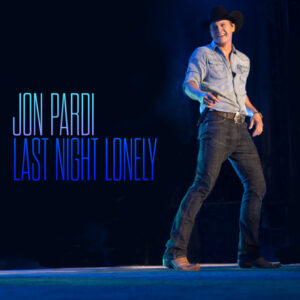 Jon Pardi now obviously has the moniker of “Mr. Saturday Night”, but he has long been known amongst his #PardiAnimals (die-hard fans) as Juan Fiesta for his fun-loving drinking songs. That is showcased again in this entertaining first section of songs.  “Last Night Lonely” has already seen massive success, recently going #1, and “Longneck Way to Go” is almost certainly a hit as he’s partnering with his good buddies Midland.  “Working on a New One” is a personal fave and how could it not be when it’s written by Jon Pardi, Luke Laird (top-notch producer/songwriter), and Rhett Akins (yeah, “That Ain’t My Truck, Thomas’ dad, that Rhett Akins). This song is that hungover on the couch feeling when you SWEAR, you’re “never drinking again”… but a few days later you find yourself “Working on a New One” tonight.  Been there, done that, just like the “bad decisions in a parking lot”!  “Smokin’ A Doobie” will be a fan favorite among the grass-friendly crowd and I simply can’t get the “Smokin’ a Doobie, in Guadaloopie” pronunciation out of my head.  This song also highlights Juan Fiesta’s ability to integrate beach vibes and Spanish reminiscent of “Tequila Little Time”.

“Your Heart or Mine” will surely be another standout as it has a fantastic line dancing backbeat that has me picturing the saloon doors swinging as soon as it starts. Plus, who can’t relate to that fling they swore would never turn into something, until it did.  “Hung the Moon” is another favorite as you can easily imagine Pardi earning that “outlaw reckless label” who then meets his angel that changed his ways.  It’s a heartwarming ode to becoming the guy who “Hung the Moon”, despite his wilder days where he “slow danced with the midnight devil” at least a time or two.

There is no chance I could write this article without talking about the masterpiece that is “Reverse Cowgirl”.  Obviously by the title, most of our high school brains are laughing about where this track is headed.  This song certainly has some tongue-in-cheek lines relating to the nearly NSFW title, but that isn’t actually the focus of the song. This song actually feels like the perfect follow up to “Ain’t Always the Cowboy”.  The girl drove away but he doesn’t know if it’s just down the road to Texaco or all the way to Mexico (think Chris Kagle’s “What Kinda Gone”).  And if

“This lonely cowboy could have his way

I mean come on, this is the clear follow up to her riding away and how they turned that title into a heartsick ballad is simply amazing.  At the same time, they were also able to work this in:

“Since you left I’ve been going through hell
Do-si-doin’ all by myself, don’t feel the same without you, babe
But there’s one thing that I can promise you
You’ll be seein’ me from a different point of view”

Nothing else I can say is going to do this song justice.  Just go check it out.  Kudos to the writers on this one: Jared Scott, Joe Fox, and Zach Dyer.

I already covered the title track in depth but the other two songs from this category are definitely brothers from another mother.  I trust you can figure out where “New Place to Drink” is going, and “Raincheck” is the bar right next door to it.  Listening to “Raincheck” I felt like I was on a barstool in this bar. I could hear the neon buzzing as Jon sees an angel across the room.  He orders a couple drinks and they start chatting about heartbreaks and hometowns.  There’s just one problem, “He thought he could show up, get drunk, and get this heartbreak gone. But tonight, he needs a raincheck on moving on”. Damn! He puts you right in the bar flipping through the pictures on his phone and you absolutely FEEL IT!

With “Mr. Saturday Night” Jon Pardi delivers exactly what we’ve come to know and love.  It’s not just more of the same though. He continues to get songs that are written so WELL, but taking them to the TOP SHELF!  Pardi takes his game to new heights while still giving us our Pardi (drinking) songs we’ve come to love, his relatable heartbreak and love songs, as well a few we can take back to those dance halls to get a little dirt on our boots.  Unfortunately, I can’t cover every song on the album and each writer because they truly all deserve it.  Just check out some of these names in the credits and their track record speaks for itself. If you haven’t already, treat yourself to some time with “Mr. Saturday Night”.

And Jon, whatever you’re doing, please, just keep on doing it!