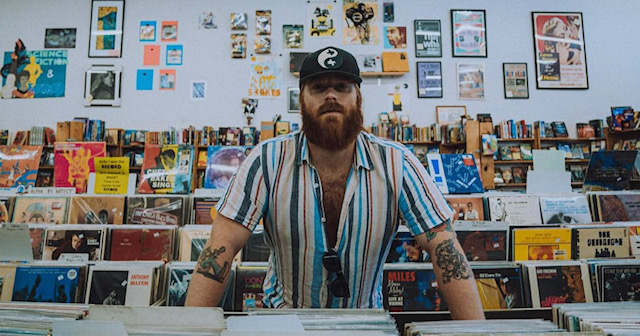 Hailing from Dallas, Texas, Mitchell Ferguson started playing music professionally about 5 years ago and it’s about time people started to notice. Ferguson recently released his new single, “F.Y.S.,” and boy is it refreshing. There are rock, blues and dare I say hip hop influences scattered throughout. It’s safe to say he has a lot of inspiration all across the board.

“Man, I listen to everything and I feel like everything influences me. My shuffle will go from Post Malone to Willie Nelson to Soundgarden to Z-Ro. I grew up mainly listening to rock, and I feel like that’s my most major influence, but I really do listen to everything. I’ve got a lot of blues/soul as well as country in my back pocket from playing the DFW bar circuit as well as the Texas Country circuit the last few years. I’d love to eventually have a record in damn near every genre, though,” he explains.

He goes on to say that if he’d have to put his upcoming record in any kind of genre, it would be rock. He doesn’t like to put his music in a cage, however, and says it takes elements from all his influences.

Ferguson is very proud of his Dallas roots. When asked where he calls home and what area he claims, he had a very quick response.

“Dallas, TX, baby. I was born and raised here. Moved around for several years during and after college then came back to pursue my career in music. I’ve been playing 250+ shows a year for the last several years and it’s taken me all over the U.S. Specific to Dallas, though, there’s a few places that come to mind. Adair’s Saloon, The Goat, and The Avenue are three Dallas dives that we’ve played a million times that I really cut my teeth on and helped us build a local following,” he goes on to say, “Those rooms taught me how to hold a room’s attention for hours on end. John T. Floore’s, Cain’s Ballroom, White Oak Music Hall, and The Blue Light are some other non-Dallas favorites.”

Getting traction in your musical career is the hardest part, some say. Ferguson has definitely been down that road.

“Honestly, it hasn’t been gaining the traction that I think the songs are worthy of thus far. Part of that is because I haven’t been putting out much music because I’ve been playing a million bar gigs to make ends meet. However, I’m extremely satisfied with the reactions we get from fans, especially at the live shows. Now that I have a label and years of hundreds of 3-4 hour gigs under my belt, it’s time to marry the two; the live show and the records,” he says. “Now that we have a lot of music that people can chew on, not just a new song every year or so, I think we’re in a good position to see some major growth. I’m trying to blow this thing out of the water and be selling out shows all over the world. I’m hungry, dude. Let’s eat.”

“Taylor and I hit it off from the jump. We work really well together and come up with a lot of cool sounds and ideas. I’m so pumped to get these songs out. I feel confident its the best stuff I’ve made to date. There’s elements from several different genres in here. Rock, Pop, Grunge, Rap. It’s certainly not country, but I think it’s pretty clear I’m from Texas when you listen to this record. I’m pumped. I can’t wait to hear people singing these songs back at us at packed out shows,” Ferguson states.

He is very motivated, for sure. When asked what the next step and objective is, he was very upfront:

“To get millions of people listening to these songs and selling out shows all over the world. I mean, yeah that’s big picture, but I’m trying to do it big, so… Next stepping stone though, get back on the road consistently. If I’m being totally transparent, I feel that the next thing I need is representation that will put us in front of great crowds that actually give a shit, because when that is the case, we don’t disappoint. I take a lot of pride in our live shows. We’ve put in so many hours playing so many shows that we really do thrive on stage. And now I’ve finally got lots of new music to go hand in hand with the live shows. It’s go time.”

“F.Y.S.” is the first release from the new record. He explains the meaning of the song like this:

“I wrote it about how people will use their situation to treat people poorly. ‘I’m going thru this so I’m gonna treat you like shit’. Nawh. I’m here for ya, but don’t treat me like shit. We’re all going through something. And also, sometimes for me, the best mental health hack is telling my sadness to fuck off. Sometimes it needs to hear that.”

Listen to “F.Y.S.” below and make sure to follow Mitchell Ferguson and keep up with his upcoming work!