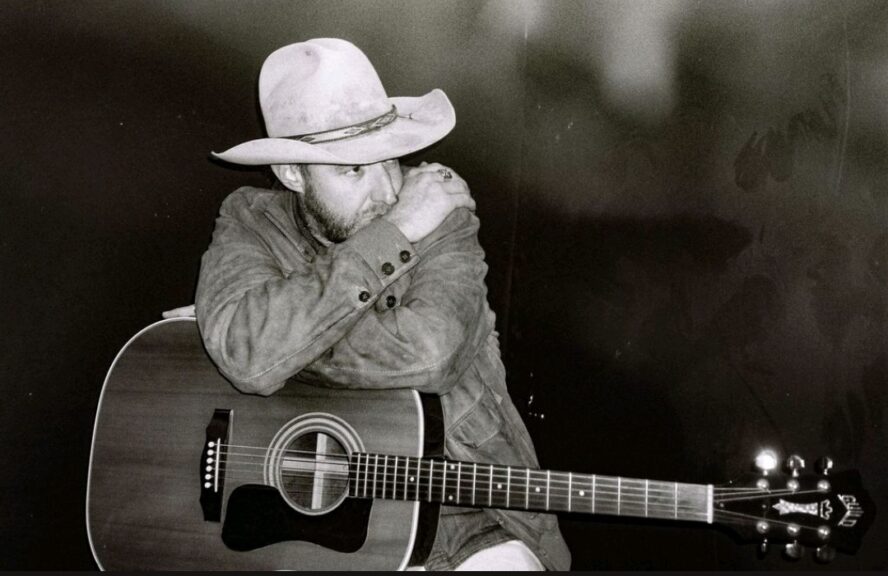 EXCLUSIVE PREMIERE: Jonathan Terrell Welcomes You to ‘Texas’ in New Single and Video

As a singer, songwriter, photographer, director, part time Honky Tonk/Disco DJ, and (as his Instagram bio proclaims) Austin, Texas’s No. 1 C list celebrity, one thing is certain for Jonathan Terrell: the man wears many hats. Hailing from the Pine Curtain of East Texas, where he was born and raised in a trailer by a family of ex-religious cult musicians, Terrell has made a name for himself at the forefront of Austin’s cosmic country scene after doing things his own way for the last two decades.

Putting the cosmic in “cosmic country,” Terrell’s new single “Texas” and its music video embrace all the different varieties of folks, friends, and creatures that walk the Earth and beyond. Velvet-warm with a healthy dose of soul, the single highlights Terrell’s standout vocals by wrapping them in the languid notes of a steel guitar and Producer Beau Bedford’s piano. Combined, the effect makes the invitation extended in the single nearly irresistible:

“You could hail from Louisiana

Or the backside of Mars but

We’re gonna love you just the way you are so

If you’re tired of gunning

And running down those fences

Come on home to Texas”

The tightly woven verses in “Texas” allow listeners to meander through this idyllic sonic canvas without losing sight of the sentiment that Terrell intended to impart. Speaking on the meaning behind “Texas,” the singer explained: “My friend Jess Carson and I wrote this song as a hat tip to the unity Willie Nelson brought to the hippies and cowboys back in the 70s and as a love song to my home state.” The love doesn’t stop there, either. “To be from Texas means to be a good neighbor and to be a good friend to that neighbor. ’Texas’ is a postcard from my home state to the rest of the world because everybody is welcome in Texas. No matter what planet you’re from!”

We are so excited to be premiering “Texas” and its video here at Raised Rowdy before it releases tomorrow, 7/29 (pre-save here). Check it out below if you need some more longhorns, aliens, cowboys, and astronauts in your life, and make sure to catch Jonathan Terrell out on the road with Midland August-November (tour dates here) and pre-save his new EP, A Couple 2, 3 before its September 9 release.