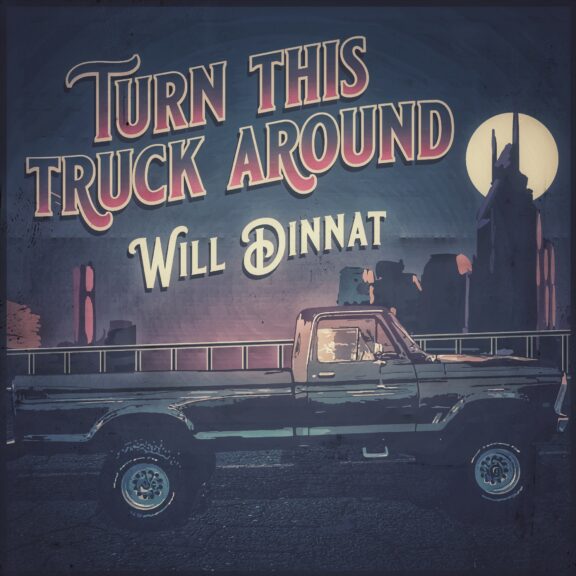 EXCLUSIVE PREMIERE: Meet Louisiana Native Will Dinnat and Hear His Debut Single “Turn That Truck Around”

What brings a Louisiana boy 600 miles away from home to a city with almost 700,000 people, bumper to bumper traffic, sweltering heat waves, tourist attractions on every corner, and thousands of people busting their backs for the same gig? For our friend Will Dinnat it was, of course, for the chance of making his dream of being a singer/songwriter come true. Nashville is the country music hub and for Dinnat and so many others, it seemed like a rite of passage on his journey to becoming an artist.

Get to know a little more about Will Dinnat and get an early listen of his debut single “Turn This Truck Around.” 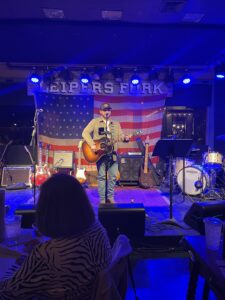 Raised Rowdy: Where did your love of music come from?

Will Dinnat: I grew up going to church and singing in the youth choir and was always around music.  I would sneak out of my Sunday school class to watch the contemporary music service because I just loved the music so much. So much so, I started playing the drums which was my first instrument, in the 3rd grade after getting a drum set for Christmas. I’m sure I drove my mother crazy because not long after I began playing, so did my little brother Sam. I continued to play all drums and sing all through high school in our youth band at church. I happened to inherit a guitar from my other brother Jesse after high school and decided to put some strings on it, learn it, and master it. I’m still learning but a lot better than where I started.

Raised Rowdy: What made you decide to start writing music?

Will Dinnat:  I wrote my first song in my freshman dorm room and didn’t actually write another one until I was about one year out of college. I eventually fell in love with the process of crafting a melody and using that and words to make something people like listening to. I was influenced by some of the best in the business; Eagles, Alan Jackson, Garth Brooks and Luke Combs.  I grew up listening to the first three in my Dad’s truck on the road to practice, church and everywhere in between. I then found Combs’ music in college and quickly became a favorite of mine. His songs are insane; his vocals and his lyrics are just candy to my ears.

Raised Rowdy: Okay, you were raised in Louisiana and here you are in Nashville. What did that journey look like?

Will Dinnat: I moved to Nashville almost 2 years ago in late October 2020 in the middle of the pandemic. I had been considering the move for a while but some life events led me to the decision to bite the bullet and just go. I love it here and I love the group of friends I’ve met. Music has led me to many things and helped me meet some of the most important people in my life. I met my girlfriend Rachel on Broadway after playing a show at Luke Bryan’s last spring. I’ve met lifelong friends and now I’m about to release my first single. I wouldn’t be anywhere without my family though. They’re the most supportive people I know. My parents, Marc and Angie, my brothers Jesse and Sam and my sister Camille. And of course my dog Willow. I feel incredibly blessed and so excited to finally be putting out my music. 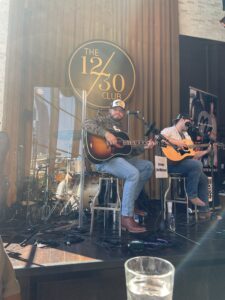 Here at Raised Rowdy we are always diving into the underground country world and looking for hidden talent to expose. We believe in every artist we highlight and do our best to share it with the music community we engage with – whether it’s adding an artist or song to a playlist, putting a writer on our roster at a Rowdy on the Row show or debuting new tracks we think our followers should know about. In Dinnat’s case, we heard his debut single and knew it was one we wanted to share!

Dinnat’s strong vocals come in over the twang of the steel in the first verse and immediately take off when the chorus hits. They are soft and complementary to the melody of the verses while commanding your attention in the height of the chorus, and make for a perfectly balanced sound in my opinion. As far as the message goes, it’s surely a relatable one. We’ve all had that boyfriend or girlfriend that looks at you a certain way and makes you question your decision to go out on the town instead of staying in and loving on them instead. Dinnat, Parker LeBlanc and Jason Cross penned the steamy single with that and more on their minds.

‘I (Dinnat) had the idea for a while. I was working construction when I first moved to Nashville and I was just in the mindset of clocking in and clocking out so I could get home and go to writer’s rounds at night. During the day, hate to say it, I‘d just think of song ideas while we worked. Probably wasn’t the best worker but I got by for the time being. My buddy Parker LeBlanc and I had attempted to write the idea before and kept coming up short. We just couldn’t figure out the path that matched up with what I pictured in my head. So, we met up with Jason for our first write together and it all just kind of clicked and fell into place. We all reflected on coming home to our girlfriends and just not wanting to go out but instead staying in and having “a night” at the house. We think this song really speaks to that idea and hope it translates to our listeners.’ 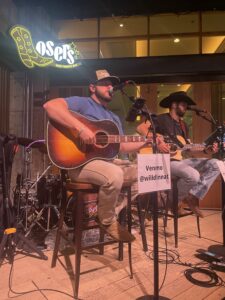 We sure think it does! Get an early listen to Will Dinnat’s debut single, “Turn This Truck Around” and we bet you’ll agree.

Be sure to follow Dinnat on all social media platforms for new music announcements and show schedules!