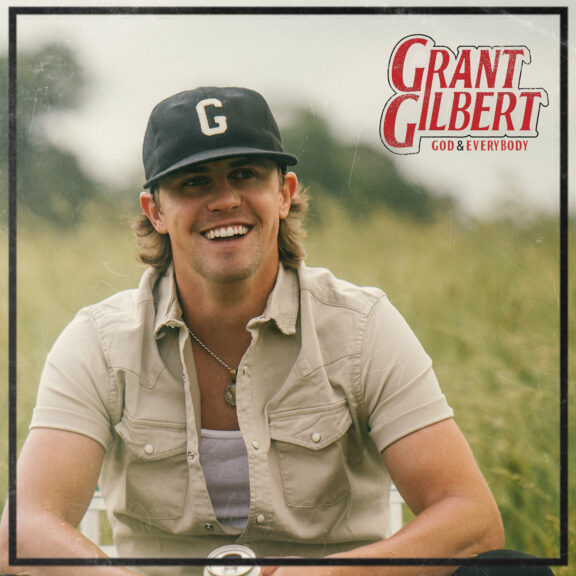 If you’re somewhere between Texas and Tennessee you probably know about country music newcomer Grant Gilbert and if you’re not, you’re about to.  Hailing from the small town of Santo, TX, Gilbert has always had an appreciation for listening and playing music. Whether hearing his family regularly play the fiddle or planning vacations around Turnpike Troubadours concerts, music was a constant growing up. Gilbert began taking guitar lessons in the second grade but quit shortly after, deciding that if he was ever going to learn to play, he was going to do it by himself and he did just that. The self-taught musician kept his grassroots work ethic throughout high school, finding time to call restaurants for singing gigs while sitting in his car before Friday night football games.

Grant found inspiration all around him but he grew particularly fond of the music his parents would play.

“Growing up I was into Gary Allan, Creedence Clearwater Revival and Springsteen. These artists and their songs have definitely been a big influence on me today, and I think every time you go back into the studio or write a song you go back to your roots, and I think that shows in my songs.”

Grant released his latest single, “God & Everybody,” on July 8th and we have been spinning it ever since. The track was penned by Gilbert in addition to two of our favorite names in the game, Reid Isbell and Jordan Walker. With Singleton’s production and studio oversight, the song came to life in no time. If you know anything about the Raised Rowdy crew you know we just can’t help but dive into anything that Jonathan Singleton touches and this one is no different.

“We came in that day wanting to write a fun and upbeat song, and I had an idea for a song called ‘God & Everybody.’ Jordan is also from a small town in Texas like I am, and growing up we’d go to country concerts and stand on coolers to listen to the music. So Reid, Jordan and I put our heads together and wrote a song around that.”

Grant’s team didn’t want to stop at releasing just the single so they followed it up with a music video which we are excited to premiere to our followers for a first look! The video was primarily shot while on tour with Josh Abbott and Kolby Cooper and brought to life by Emma Kate Golden.

Gilbert shared, “We shot some of the music video on the road, so we had a lot of fun playing in front of the crowds and backstage getting the content. We also shot part of the video outside of Nashville. I hope the fans feel like they can see a little bit of what we do at shows and how we have fun behind the scenes.”

Check out the exclusive premiere of the music video for “God & Everybody” from Grant Gilbert and be sure to follow along on all social media platforms for the latest news in new music and live shows.