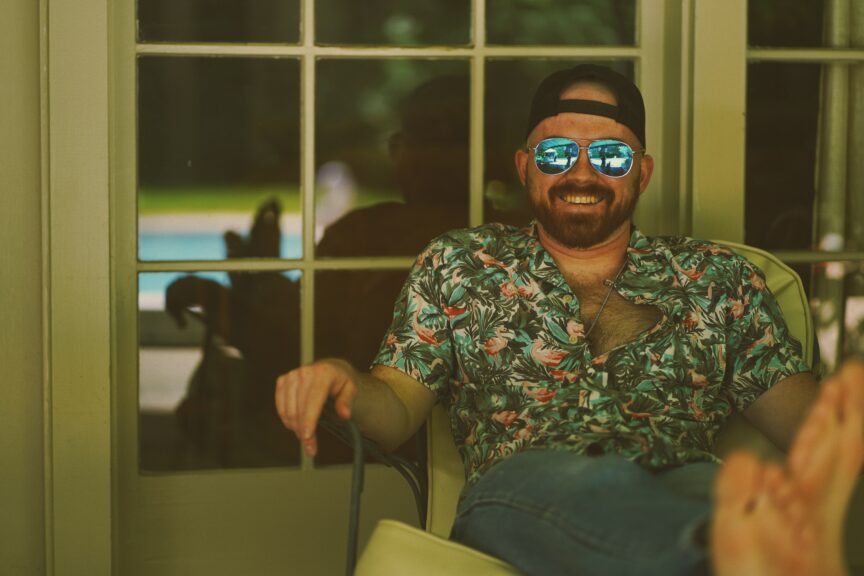 Over here at Raised Rowdy we know not to take ourselves too seriously.  Don’t get us wrong, we know when to put our good crocs on and not the ratty old ones we have worn daily for 4 years straight (we have been to weddings folks), but we also know there ain’t one thang wrong with a little good time anthem.  If you are like us (and why else would you be here), you love a great melody, fun lyrics, and a vibe you can rock to all Summer.  If you like your Country rowdy you are going to love Taylor Goyette’s new song (and video for that matter) for “Pina in My Natty”. 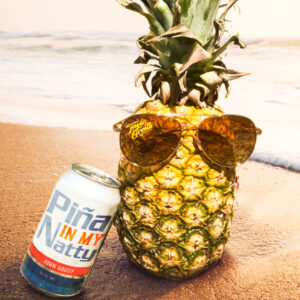 The vibes, the vibes are immaculate, and this track will help you kick back and just smile. Enjoy the little things in life and not sweat the small stuff.  Taylor had this to tell us about his new track: “This song all started because one day I had the magical idea of putting pineapple juice in my
natural light. I rolled into my co-writer John Caldwell’s studio with my roadie in hand. After telling him about this brand new invention my boy said ‘you mean to tell me, you put pina in your Natty’? The seed was planted. The next day I’m in the shower sippin on this wonderful tropical beer concoction when it hit me. ‘Puttin pina in my Natty, sittin back and rollin fatties’. I immediately text John and my other buddy Mark Chandler, to chase down this $20 hook with me. Mark and I penned the song on an acoustic guitar then quickly worked up a track with John. I sat on the demo for about six months, then it came to me that we had to get John on this track. John (Goody) being the hip hop influenced flow master he put some of his sprinkle on the track and ran that ball right into the end zone.”

So let me get this right. Delicious cheap beer? CHECK. A hook as catchy as the Summertime day is long?  CHECK. Island and Bass Boat vibes? CHECK (Shoutout our favorite fisherman Kevin Meeks). That all adds up to a Damn good time. So don’t overthink it this Summer, Taylor and John just brought you another Summertime anthem.

A Florida native, Taylor Goyette’s music roots run deep. He comes from a musical family. His dad,
grandfather and all 5 of his father’s siblings were vocally and musically gifted. Taylor grew up
with monthly gatherings planned by his mother and grandmother that were centered around
music. To say Goyette had a natural born talent for writing, performing and singing is an
understatement. It was in his DNA. At 14 he wrote his first song on guitar, playing the three
chords his dad taught him. In 2014 he made the move to Nashville to make use of the
songwriting talent he had been fostering since he was a young boy. Once there, Goyette started
writing songs with eclectic blends of genres best described as “ A little bit old school country, a
little bit rock and roll and a little bit drunk on the beach”. Taylor’s ability to combine both
nostalgia and mainstream with lyrics and melodies is the sum of musical influences that include
Eric Church, Bruce Springsteen, Tom Petty, Johnny Cash and Hank Williams Sr.

“I still don’t know if we find purpose or create purpose. I’ve gone back and forth between the
two notions since I embarked on this journey” ~ Taylor Goyette

Being an entertainer comes naturally to Taylor Goyette. He brings electricity to a room with his
energetic stage presence and leaves crowds wanting for more with his ability to capture a room
with his powerful vocals. Taylor’s versatile palette will leave you somewhere between
reminiscing and dancing like nobody’s watching.

“The journey of life is the ultimate mirror of ourselves. Who we were, who we are, and who we
will be” ~ Taylor Goyette

Taylor Goyette’s sound has been compared to the likes of Eric Church, Jack Johnson, Steve
Earle, Bradley James Nowell and Bob Seger. Taylor had the opportunity to work on his debut
single with Emmy Award winning songwriter and producer Trey Bruce. Goyette is currently
working on his sophomore project and is touring regionally. You can find Taylor’s music on all
streaming and social media platforms as well as YouTube.