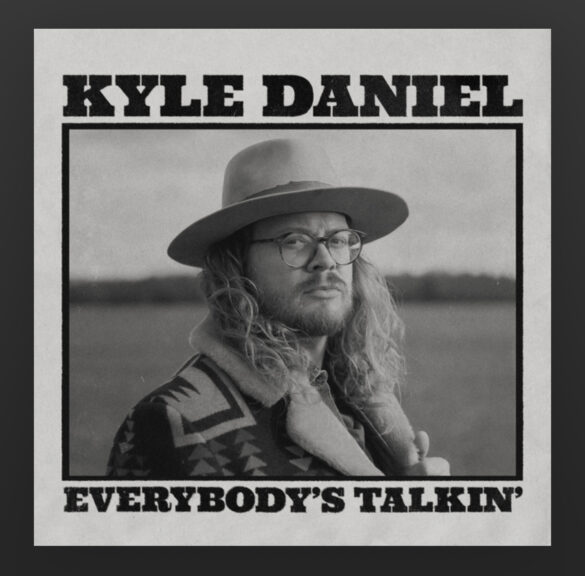 Bowling Green, KY native Kyle Daniel has always known that life outside of the small town he was raised in was not only possible, but a part of the dream. The all-star athlete turned music enthusiast imprinted his own footsteps in Nashville and has finally begun to lay roots in Music City after living there for over a decade. Since graduating MTSU, Daniel has been a tour merchandise manager, a session guitarist for major label artists, and has taken on many other roles in the music industry leading him to where he is today.

With years of experience and hard work under his belt, the time has come for Daniel to embark on his new journey through his upcoming LP Kentucky Gold. The debut album resurrects country-rock, southern jam and that old-time rock & roll without apology. It’s a record that is made to be played loud – both on speakers and on stage. As high-proof as the bourbon distilled in his beloved home state and as honest as his love for his lady, Kentucky Gold is the sound of an artist confident in who he is and where he’s going.

The album is made up of 11 tracks and will be available on October 14th. The first single, “Everybody’s Talkin’,” was released April 29th and has everybody doing just that. The grungy rock anthem is hard-hitting, while cradled in a smooth groove that you can’t help but vibe to. Penned during the 2020 Presidential election by Daniel and co-writer Adam Wright, the two found inspiration from the spotlight placed on America and the controversy surrounding the political race.

Daniel shared, “It felt like at that time, we all could have learned a little more by saying a little less. My hope is that we see a lot of change in the world starting from the way we treat our fellow humans. We can all exist and love each other in a peaceful manner once again instead of focusing on our differences.”

While Daniel is excited to finally release some of his upcoming tracks, he is just as excited to release the music video for “Everybody’s Talkin'” on Friday, May 20th.

“I’m so excited about this song, the message it portrays and this video! I feel like it was as close to a ‘sign of the times’ as I could get. We wanted this particular one to capture and showcase the essence of what the entire project has been built around from the beginning – THE LIVE SHOW! Grimey stepped in at the last minute to help us shoot this inside one of the legendary Nashville venues, The Basement. Considering the album that’s due out this fall is titled ‘Kentucky Gold,’ I brought in fellow Kentuckian, John Buchanon of Big Screen Nashville to produce the video and we couldn’t be happier with how it all turned out.”

The video, filmed from a concert goer’s perspective, features Daniel and his band performing the song live on stage and gives the viewer a taste of what it’s like to be at a live show. Daniel is undoubtedly an entertainer with a presence that can fill any room he’s in. Check out our exclusive preview of the music video in the link below!

Be sure to follow Kyle Daniel on all social media platforms for updates on new music, tour dates and other exciting news