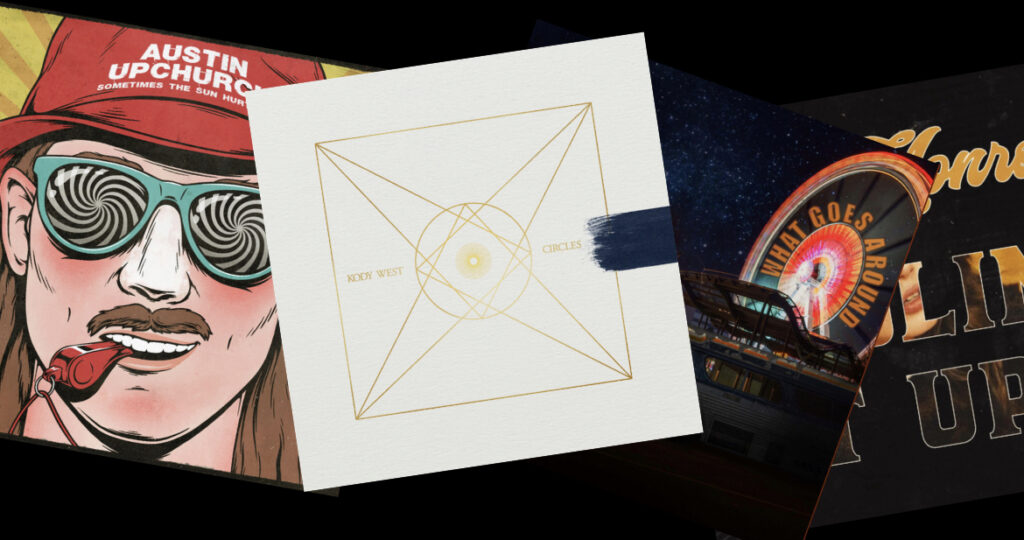 This past weekend was like a solar eclipse, except the sun is talented musicians and the moon is great new songs… or something like that.

The point is, this weekend we happened to have a bunch of artists drop new tunes all at the same time and we’re going to talk about it.

Austin Upchurch released a brand new EP titled Sometimes The Sun Hurts Me, which includes three tracks called “Somebody”, “Sinkin’”, and “Sunshine”. Much like most of the artists in the Texas scene, Upchurch is branching out from the typical country sound and is exploring more of an alternative rock style, which is especially evident when comparing this EP to his earlier work. Let’s just say he pulls it off flawlessly.

“Somebody” kicks it off in a very energetic way, giving us straight passion from Upchurch’s vocals and explosive work from his band. The production is also put to good use in this collection of songs. Every track is produced masterfully, but “Sinkin’” is where it is really spotlighted. If you have an ear for killer harmonization, that along with some well placed guitar solos are also present here. Rounding out the ensemble is “Sunshine”, which has a light and lifting melody with an absolute earworm of a hook. The lyrics here are simple, yet perfect when paired with the actual music and aesthetic of the tune.

Please do yourself a favor and follow and support Austin Upchurch. Also stream and share Sometimes The Sun Hurts Me.

Following his last single “Let You Go”, Kody West has released a new song titled “Circles”. As stated in the Austin Upchurch review, the Texas music scene is straight up expanding and changing, allowing more experimentation sonically and blurring the lines of the subgenre. West put out “Let You Go” last year, which is pretty much a complete new musical direction than his previous work. That is absolutely not a bad thing if you can pull it off, and holy crap, he can pull it off. This past weekend he dropped “Circles”, and although it is a lot more mellow than “Let You Go”, he and his band maintained the alternative rock style. There are even elements of a punk or pop-punk aesthetic as well. All in all, as expected from West, the clever songwriting does not disappoint and it’s super exciting to see this new direction he’s going.

Give Kody West a follow, go see a show or two and make sure to stream “Circles”.

Charlie Hickman Band kicked us in the nads with a killer new single as well. “What Goes Around” was an instant favorite of mine because I’m personally a sucker for a strong and up-front bassline, so if you’re the same then this will really pull you in. Not to beat a dead horse, but CHB is also experimenting like many others in the Texas scene, this time with some almost grungy riffs that are also similar to many of Koe Wetzel’s newest releases. That’s not to compare CHB to Koe, though, because they have really come into their own lately and they are rapidly maturing as a band with each release.

Make sure to jump on the Charlie Hickman Band train and stream their newest single, “What Goes Around”.

Another new release is Ace Monroe’s “Foolin’ It Up”. What is so different about these up-and-comers is their fresh take on an old sound. It’s so hard to put a pin on a band that they resemble most when it comes to their style. The closest I could think of is a mixture of Aerosmith, Tesla and The Black Crowes. Anyway, the song features an infectious melody and amazing vocal work, which is backed by very impressive musicianship. Ace Monroe shows great promise because these guys consistently write music that is new and something different each time without losing a hint of quality.

Listen to Ace Monroe’s “Foolin’ It Up”, follow and support them, but also give their debut album Shelter in Place a whirl while you’re at it.