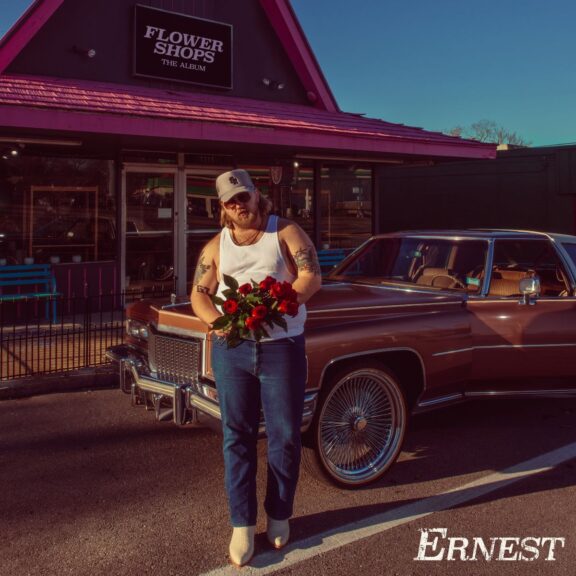 ERNEST Steps into the Spotlight with Sophomore Album ‘Flower Shops’

It’s a wild ride for artists and their music releases. As diverse of a talent as ERNEST is, his musical journey has been filled with moments of success and growth. Born and raised in Nashville, Tennessee, you could say that music was in his blood. Known earlier in his career for a prolific number of songs that other artists have cut and had success with (Sam Hunt, Morgan Wallen, Diplo, Mitchell Tenpenny, Chris Lane, FGL and more), the time has come for ERN to have his own moment in the sun, and his new album is his official arrival in musical form.

The title track from the album, “Flower Shops,” was the catalyst for the surge ERN has seen recently.  He posted it to social media about a year prior to the album release, and songwriters and artists alike took time to call out the power of the track.

If you were lucky enough to be at the Ryman to see ERNEST play this at the Whiskey Jam 10th Anniversary show, you got to see just how powerful this track was in a room full of musicians and Country music super fans. At the time, ERNEST already had a very successful podcast (Just Being Ernest) as well as streaming success on his debut record and his follow up singles, but this felt different.

The last time I can say I felt the room stop and pay attention for a song like that without the artist having previous major radio success was when I saw an early Riley Green or Ashley McBryde (who are well known names around the country music world at this point in their careers). I call it the MOMENT, and Ernest had his that night on the Ryman stage. That was followed by Morgan Wallen jumping on to help sing the song and production by Joey Moi. On December 31st of 2021 we got formally introduced to “Flower Shops,” a song that ERN will likely be singing the rest of his career. That song, which was quickly added to radio (#25 on the charts as of this article’s publishing), has catapulted ERN from a funny songwriting powerhouse to likely being a household name here soon.

What has come since “Flower Shops” released has seemed like a whirlwind, but one that many could have seen coming.  ERN has it all – the songs, a distinct voice, the personality, and the likeablity. He has that IT factor and it’s easy to tell if you get a chance to be around him.

Now let’s get onto the rest of this dynamic album.  Flower Shops has a little something for everyone, from party ready tracks to steel-heavy Country songs. It is an intersection in time.  The Country world we are in right now is traveling in two different directions: one steeped in tradition, and the other leaning heavily on outside-of-country tones. ERNEST and his team have squeezed the best out of both. If you listen through the songs you can hear even more single ready tracks behind its title track.

“Some Other Bar” seems to jump out of the speakers. It flows easily through the air and your ears with power, yet it’s still graceful. The track instantly sounds familiar and the lyrics are simple, pairing Country stylings with modern appeal and tones.

Another standout track is “Classic”. This song is honestly a VIBE. The production screams classic ERN and has what seems like some old school R&B vibes.  This song feels like ERNs previous work and his longtime fans have to love this one. ERN keeps his tunes in the “windows rolled down arm out the window” part of music as well as any artist out there right now, and this track has that in down in spades. 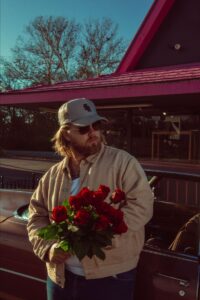 Let’s talk about “Feet Wanna Run,” which tells the classic story of wondering if that someone is THE ONE or if something else is right.  Classic country overtones fill the speakers on this one, but with that signature almost R&B flow that ERNEST pulls off all too well.

“There’s two lanes on the highway
One goes east and one goes west
She sits prayin’ on the sunrise, I’m outrunnin’ demons
Chasin’ that sunset, and I can’t seem to let
Go of her or that smokin’ gun
‘Cause my heart wants to stay
But my feet wanna run”

These songs are filled with honest and powerful lyrics, and stories of battling demons let you into his heart. Gone are the days of just seeing ERN as a party. With Flower Shops the album we get a clear sight line into his head and heart. The layers are starting to peel away, and what we see is a Country music star in the making.

I could go on all day about this album, and maybe I will in some other format (be on the lookout), but it’s easy to call this album a success. It’s a sure fire hit, with tracks to please all types of country music fans and powerful songwriting.  Let’s just say it louder for the people in the back: ERNEST has arrived.