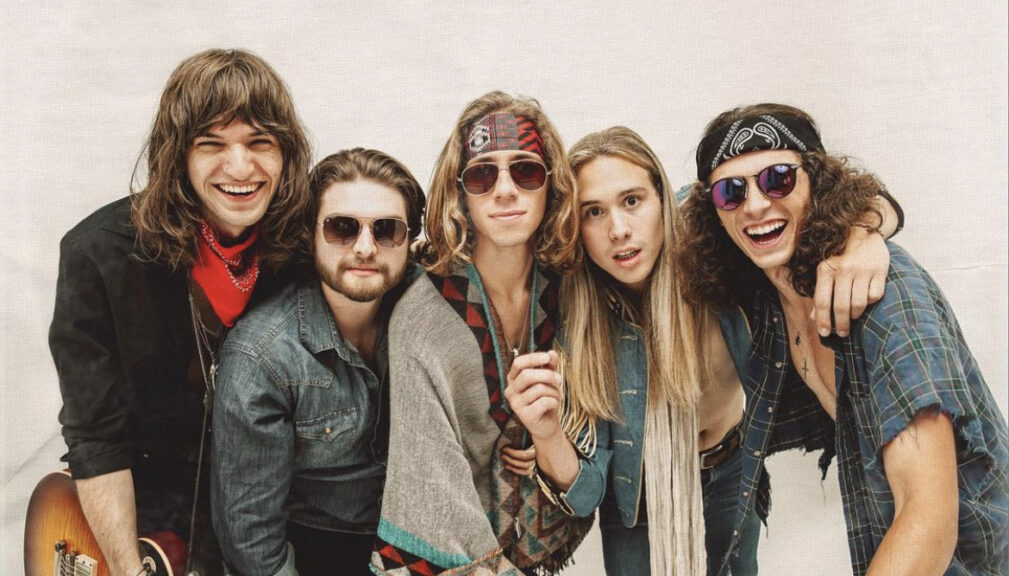 Rock ‘n’ roll isn’t dead, that’s for sure. Based out of Nashville, Tennessee, Ace Monroe sure proves that. With one song sounding as soulful as The Black Crowes and then the other being a gritty blues-rock rager similar to that of Tesla, the group’s sound is a melting pot of many influences and styles that have been picked from multiple decades over time.

“The first Ace Monroe jam happened in my freshman year dorm. Josh slid in my DMs asking me to jam and I reluctantly said yes. I honestly didn’t feel like it but did anyway,” Tatooles goes on to say, “Thank God I did because the first riff he played was Gospel. I instantly knew that there was something special.“

Sitting in on Tatooles and Alfano’s jam session was an audience of one, which ended up being Kaiser.

“I was on the way out of the dorm and Josh had just walked in. Looking as cool as he always does, I knew this guy was the real deal. I stayed and watched them both jam. When they were done, I knew whatever was forming I had to be a part of. From there I joined the band,” he remembers.

Meanwhile, Dylan was auditioning for a writers’ round at The Bluebird Cafe. That night, a friend of Alfano’s approached him after the show. Dylan recalls that situation clearly.

”She said she had a friend who was in a band and that they were really good, but they were looking for a singer. When she asked if I was interested at first, I was somewhat skeptical. My first thought was one: I didn’t want to be in a band in the first place. Two: I’d seen a lot of college bands before that thought they were the shit. Apprehensive though, I gave her my number to give to Josh and we set up a time to meet. I met them once before I auditioned, but really it was when we got in that rehearsal room where it clicked for me. We played through a few songs and I was sold. This was the magic I’ve been looking for in Nashville.”

Speaking of Nashville, McIntyre was working as a hired gun around the city and getting fed up playing gigs for pay that was just not cutting it. He eventually came across a Facebook ad from the other guys.

“These guys were wearing bell bottoms and had long hair. They had a blonde haired singer that could belt his heart out, a drummer who hit harder than Keith Moon and riffs that rival the guitar gods of the 70s. I messaged them and hoped for the best. After a few coffee shop meetings, an intimidating audition and a hell of a lot of practice, I was offered the spot”, McIntyre explained.

After the stars aligned, Ace Monroe was formed. To understand the group’s sound, you’d have to know who inspired them. From a songwriting standpoint, Alfano and Dylan learned a lot from Aerosmith and The Rolling Stones, who they say span so many different styles and melodies all while maintaining their own unique identity. Other musicians And bands named include greats such as Tom Scholz of Boston, Paul McCartney and of course, Led Zeppelin.

With everyone in Ace Monroe involved in the process when it’s said and done, Alfano and Dylan are the primary songwriters in the group. Typically, Alfano will have a riff in mind which he works on with Tatooles until they get an idea of how the song will go. After that, Dylan steps in and begins to work on the melodies and lyrics. Every member then puts their own licks in to make it a true Ace Monroe tune.

Shelter in Place was released on February 18th of this year as the band’s debut record.

“We took the DIY approach for Shelter in Place, so it took about 3 and half months to make sure we made everything the best it could be. We recorded 90% of it in my tiny one-bedroom apartment,” says Alfano, “I think we finished recording mid-January 2021 and then I spent the next few months mixing it.”

The album has a variety of different song styles when it comes to lyricism, melodies and the instruments themselves, some even featuring a horn section. The guys pointed out some tunes they were most proud of including “Burnin’,” “Jaded,” and “Hell Bound.” The common favorite amongst them, however, is “Gospel.” The track is the first one they wrote together and is definitely the first one you should check out to get an idea of what Ace Monroe is about. Another thing the guys agree on is that their message is one thing: rock ‘n’ roll is alive and it is for everyone.