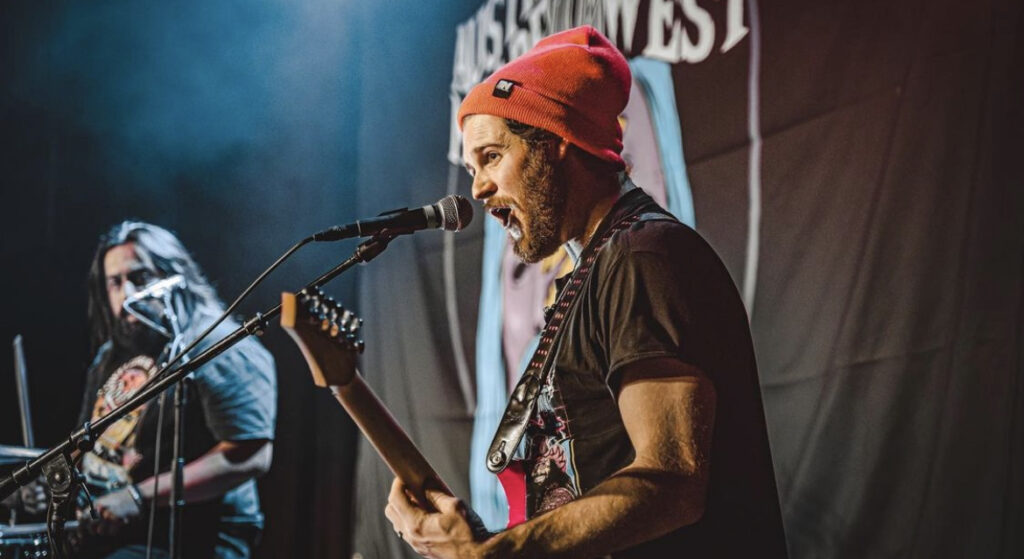 Multi-Instrumentalist Beau Bolfing Shares His Beginnings and His Changes

Behind the name on the marquee stands the talented musicians it takes to keep the band going, and Beau Bolfing is no exception. Raised in Waco, Texas, Bolfing was inspired at a young age.

”My uncle Ron Fritz and his son Jesse, who was a professional bass player- most notably with Stoney LaRue, really sparked my interest in learning an instrument and my passion for live music. I was probably 10 or 11 when I picked up my first instrument, bass after my cousin. However, I quickly found that when you are bad at an instrument, bass is definitely one where you sound really bad,” Bolfing joked. “Also, aside from a few songs, you can’t play anything really recognizable as a total beginner. I made the switch over to guitar so I could play Smoke on the Water a thousand times a day and annoy all of my friends and family.”

He learned from his uncle some of the most classic country songs and improvising skills, but most importantly, never to take sharing and hearing music for granted. He played music at a lot of nursing homes and adult centers while learning his craft, and seeing the smiles, dancing and people who struggled to speak recall songs that are decades old really cemented his love for live music.

Though Bolfing is very humble about his ability to play multiple instruments, he brings a new sound to the acts he works with by not only playing guitar, but also rocking the keys and supporting vocals on the road.

”I can have fun with most stringed instruments and figure out how to play something on them, but definitely not at a stage-worthy level,” he admits.

Like most accomplished musicians, Bolfing has a very wide range of influences. These include genres from classic rock to ‘90s and ‘00s country and alternative rock.

“I’m super into the new, new wave of ‘80s flavored pop rock. Bands like The Night Game, The Band Camino, The Midnight, and Night Traveler to name a few. The sounds and melodies they create are the perfect way to describe the music I’ve always had in my head,” he goes on to say, “I’m a huge fan of killer songwriters such as Drew Kennedy and Foy Vance. Maggie Rogers and Katie Pruitt are also in heavy rotation for me, and of course heavier bands like ADTR, Haken, and Stocklyn fuel the modern rock love.“

After moving to Lubbock to attend Texas Tech, Bolfing started playing with anyone who would let him. His first road gig was with traditional country singer, Chris Allbright. After that, he was given the opportunity to join Dalton Domino’s road band and spent three years opening for none other than the Turnpike Troubadours. When it came time to find a more stable gig in a professional band, he joined Sam Riggs as an auxiliary musician. After time, he worked up to the lead guitar position.

”I learned so much, made some absolute brothers of band mates and got to experience professional touring like I had never dreamed was possible. I don’t think anyone would believe the stories of the hard work and miles we put down. This past fall, Sam let us know he was going to be taking some extended time off to pursue some of his other passions,” Bolfing explains.

This lead up to him reconnecting with Austin Meade, who he knew during the Dalton Domino days. He’s been with Meade doing auxiliary work for his band, and also played with Texas rocker Kody West. He also worked with Kat Hasty in her first ever full band show at Stillwater, Oklahoma’s Calf Fry festival. During 2021, he shared several shows with Meade and has become a big fan of his music.

Bolfing remembers, “His latest releases have been on repeat and I’m genuinely a fan. We would catch up and I would fan girl on their set every chance I got to watch them. As I knew Sam was going to be taking off for awhile, Austin and I started talking about doing some stuff together.”

In December of ‘21, he filled in for David Willie, Meade’s guitarist, and really hit it off with the rest of the band. Since that show, he was asked to play with them along with Kody West.

“They let me hop on the bus to play some keys, guitar and sing some backing vocals and they haven’t kicked me off yet!”, he jokes.

When it comes to how crazy it’s been to join another group, there have been a lot of new experiences for him. Having always been a part of starting a new band or filling in up to now, Bolfing hasn’t been an added position to an already established act.

“The first few shows had some bumps. Mostly on me playing too much of the same thing that Austin and Willie were already playing. It was just too busy and too much of the same. But quickly we started finding our groove and that often meant playing keys more than I had thought I was going to be,” he explains, “just to add that new texture or create a double without it being more of just guitar. I have a lot of fun making all kinds of sounds with the keys, from organ, to 80s synth brass, all the way to huge 808 sub drops. It’s also awesome that I still get to throw on a guitar and head bang with everyone when the song calls for it! Fortunately, we all get along really well and no one has an ego. That really is the only way this thing has been able to fly so fast.”

With mistakes talked about openly and constructively, everyone works together to make sure the work gets done. After that, by show time it’s all fun and no worry.

Giving thanks to his wife to sticking with him through all these changes, his parents, sisters, and family, Bolfing is very grateful for everyone who has supported him so far. That being said, go out and see a show and support not only Bolfing, but every other musician out there playing your favorite tunes. They have been through many changes and trials that not only effect their career, but also their personal lives. We have to show them we care.