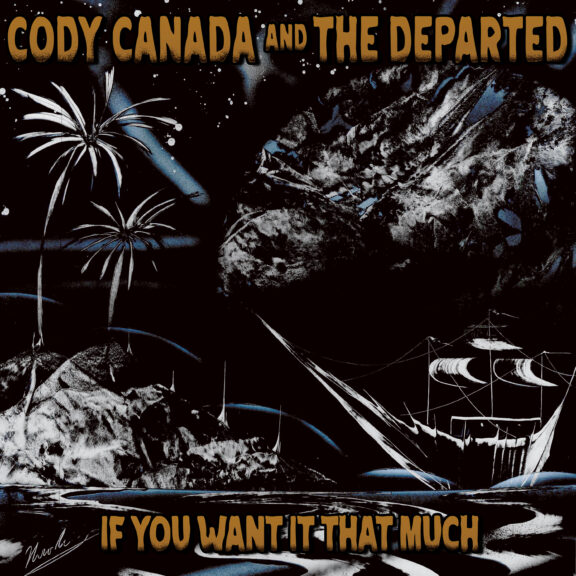 It’s been about a year since Red Dirt staple Cody Canada and his band The Departed released their last single, “Shut Up And Sing” with Todd Snider and Kaitlin Butts, but the wait for new music is finally over. For fans that have seen them out on the road, their new single “If You Want It That Much” might sound familiar – a quick YouTube search will show you that Canada has been playing the song for years at live shows. The single was written by Gary Wayne Thomason and Scott Melott and cut by The Great Divide for their 2002 album Remain, but has now taken on a new life with Canada and The Departed.

“If You Want It That Much” stays true to the authentic Red Dirt Rock that has become synonymous with the name Cody Canada. The grungy overcast lent by his signature rasp pairs with rippling guitar notes to form a base for the track’s mournful undertow, which finds the protagonist trapped in the throes of an innate, unstoppable longing for someone or something he can’t (or shouldn’t) have.

“And it’s cocaine in the morning

And whiskey after four

I guess when it’s out of reach

I guess I’m out of touch

And it can’t be good for you

If you want it that much”

The instrumentation flows concomitant with the lyrics’ downward spiral, moving with ease from rock bottom  (“face down on the floor”) to the crescendo of “cold and bright/bone white” as the song progresses.

This won’t be the last we hear from Canada and The Departed this year, either. They’re set to release a re-recorded version of Cross Canadian Ragweed’s iconic 2004 album Soul Gravy sometime this spring. Speaking about his motivation for the project, Canada explained: “I never was satisfied with the recording of ‘Soul Gravy.’  I thought the songs were all spot on and thought out lyrically. That was a busy year so we recorded fast. No amps. All pod. I didn’t like that idea and got out voted. This time I did it the way I wanted. I can finally own recordings of these songs again and have them on vinyl.” The re-imagined project has come to life with the help of another pillar of the Red Dirt genre, Mike McClure, who worked on producing it.