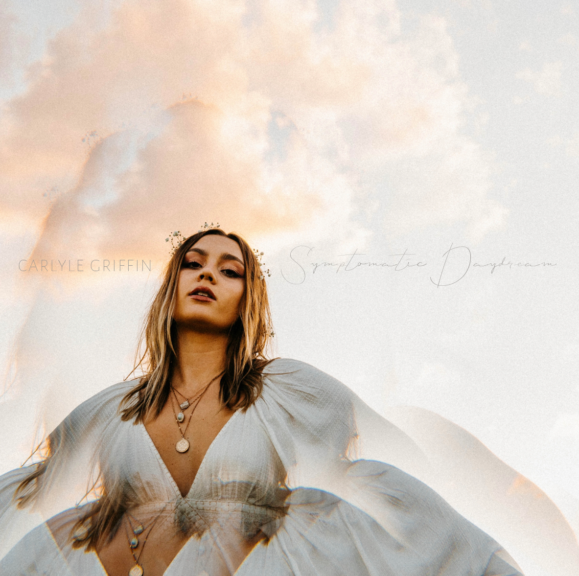 Moments. Life is all about moments. Whether it is a glance from someone in a room full of people or the first time you hear your favorite song, sometimes things just stand out.  When that happens you have to try to figure it out – what makes that moment special? Is it the location or the people there, or is it something that you just couldn’t look away from?

Regardless of what made that moment special, the most important thing you can do is PAY ATTENTION. That is exactly what happened when I first heard Carlyle Griffin sing. It was at Live Oak in Nashville, Tennessee, and her voice took over the room. In Nashville more than anywhere it is hard to keep folks’ attention but that night, Carlyle had it. The crowd was aware we were seeing something a little bit different than what we were used to. Her voice lives somewhere between Stevie Nicks and Nora Jones and she knows how to captivate a crowd. Carlyle lists Stevie, as well as artists like Joni Mitchell, Susan Tedeschi, Dusty Springfield, Aretha Franklin, and Brandi Carlile as her musical influences. “I’ve never liked putting myself in a box, and my taste in music is no different. What comes out of that though is sound that is all my own and it is something that I am really proud of,” she told us, and we honestly are here for it.  It is unique but familiar. It sounds so different in a sea of sounds that try to sound similar.

Carlyle grew up in Walterboro, South Carolina (halfway between Charleston and Savannah) and is a recent new resident of Nashville, Tennessee. Getting her first guitar from her grandmother at the age of 10, Carlyle picked it up for the first time and never put it down. From playing short acoustic sets around town, to joining a local Rock cover band that truly taught her what it meant to perform to a crowd, her love for music never waned. She found motivation in being surrounded by other people that were as passionate as she was and grew even more as a musician. So when you want to be surrounded by the best, it is time to surround yourself with the best and Carlyle decided it was time to move to Nashville.

Talking about her move, she explained: “I moved to Nashville a few months after graduating from Clemson. It was a scary decision – I didn’t really know anyone, didn’t know much about the city or the culture, didn’t have a job. But I went anyway, and everything started to fall into place shortly thereafter. I was surprised to find how collaborative the community was but I was met with so much support and generosity that it made the move so much easier. I am so thankful for the people who have taken me under their wing – I have loved every second I’ve been here and I am excited about all of the progress to come.” 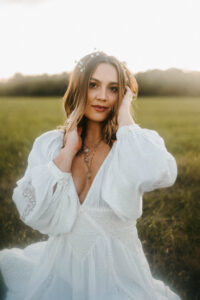 That night at Live Oak – that moment where the room started paying attention to Carlyle and her songs – was also the first night I heard her debut single that we are here to premiere with you today.

Carlyle told us a little more about “Symptomatic Daydream.”

“Around the time I wrote this song, I found myself spending a lot of time thinking about a certain experience I had and I kept catching myself throughout the day letting my thoughts drift back to it – even if there was something else I was supposed to be doing – and I wanted to put a name to that feeling. That’s where the inspiration for the song came from but as I wrote it, it turned into more of a romanticization of the things you wish you could say but can’t seem to. And that’s the great thing about songwriting, right? To sing about all the shit you could never say out loud.”

This song speaks for itself. You get to hear a little bit of the voice that held the room that night, and hopefully for many nights, in bigger and bigger rooms in the future.

Without further ado, we are going to leave you with a quote from Carlyle about music that just hit me when I read it.  “Music is as much about social connection as it is about personal expression.” Read that a few times and let it sink in. This is Carlyle Griffin and this is “Symptomatic Daydream.”