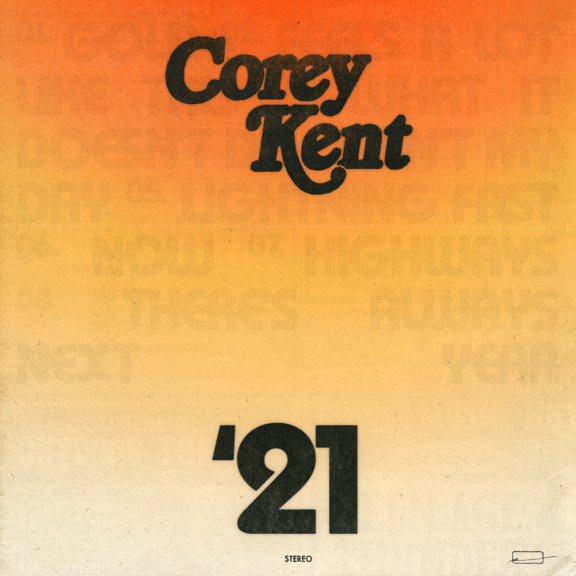 Corey Kent Caps The Year Off With New Album ”21′

2021, on the music front, was a good year for Corey Kent. After planting some roots in Texas, the Oklahoma native had the opportunity to play his songs in front of live audiences again (as both an opener and a headliner) and released five new singles (including “Ain’t My Day” with Kolby Cooper, which hit one million streams within the first hundred days).

Like many others, Kent is grateful for the revival of live music that 2021 presented after the dearth of opportunities in 2020. “It felt so good to be back on stage again, especially in front of some energetic, live-music-deprived college students in Texas! I knew that even throughout all of what had transpired in the previous nine months that my family and I had made the right decision to pursue my career this way.” Kent also noted that “This was a year I got to finally show people how much I’ve been working on and honing my craft…but there’s still more music to come.”

Fortunately, we won’t have to wait at all for “more music” from Kent, as his sophomore album, ’21, dropped today. The project consists of the six singles he released over the past year or so, from “Gold” at the end of 2020 through his most recent single “Now,” as well as two brand new tracks: “Highways” and “There’s Always Next Year.”  The process was a labor of love for him, he explained: “I’m so excited to drop this album and for people to hear the two new ones. I feel like all of the life, emotions, and hard work that transpired this year are wrapped up in these eight tracks.”

Loaded with lively electric guitar and Kent’s bright, emotive, and slightly raspy vocals, the album’s two new songs are essentially the heads and tails of a heartbreak coin. With drums that punctuate the track like mile markers on an interstate, “Highways” passes by in a fast-paced blur of “goodbyes and wrong turns, long nights and lessons learned” as Kent recounts the struggle of leaving someone you love to chase the never-ending call of the open road. Leaning even further into the country-rock sound that has become a hallmark of Kent’s releases, “There’s Always Next Year” finds the protagonist forming his own kind of New Year’s Resolution: “there’s always next year to drink less beer/and think less about your memory/get your picture off the dashboard of this old Ford/and start working on a brand new me.”

As a cohesive whole, ’21 has a little something for everyone. From the true-love high of “Gold,” the barroom melancholy of “What It Doesn’t Do,” and the devil-may-care swagger of “Ain’t My Day,” the album stands as a testament to Kent’s ability to craft catchy, relatable songs that have widespread appeal without sacrificing substance. The project is a fitting capstone on what has already been a significant year for the Oklahoma native, and we can’t wait to see what else the future has in store for him.