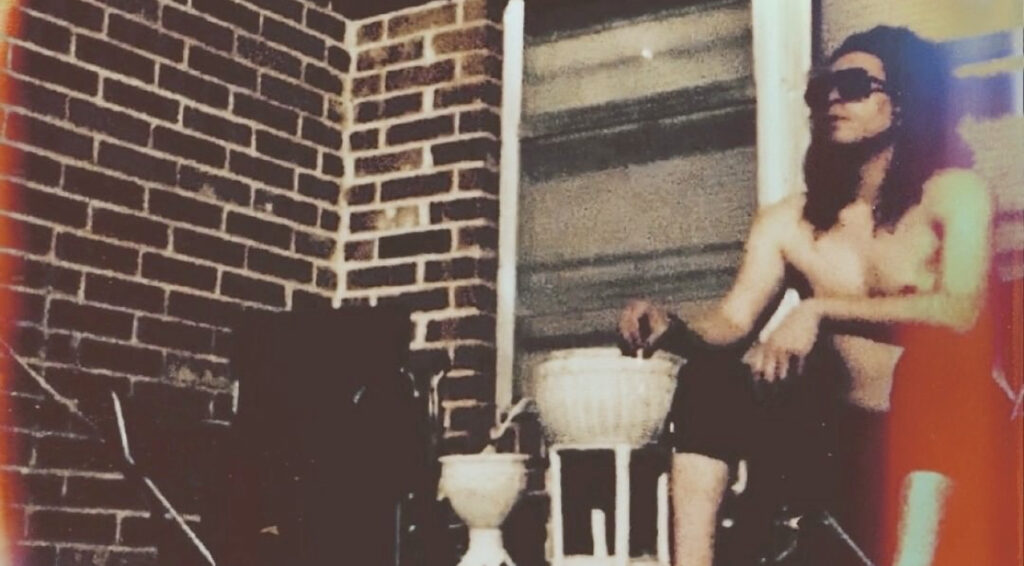 Derek Webster, better known as The Great American Wolf, released his debut EP Berryhill, OK on November 6th. The singer/songwriter from out west has been grinding and crooning all along the scene, and since the last time we checked in with him he has released some very unique work.

Sonically, TGAW created a sound that is a healthy mix of almost classic psychedelic and traditional folk. His experimental style, along with the surreal songwriting, creates what turned out to be a very interesting EP.

In his own words, here’s what TGAW has to say about the release:

“The whole thing is a story I’d written about someone I had become attracted to, then had the daydreams and ideas of becoming attached to that person.” He goes on, “It all played out like the way a relationship normally does this day and age; attraction, developing deeper feelings, questioning it based off of poor prior experiences, shit hitting the fan, sadness setting in with finality and then callousing and moving along.”

“It was prophetic in its application for future events, though I had written each song as I felt or perceived those events as they took place. Prophetic is a big word, but it’s easily slapped on a label when we’re talking about something that seems to come down the same way each time it does,” explains TGAW.

“There’s no one to blame and if there is, it’s definitely my head getting an executive suite in the clouds anytime I get caught up in love and loss. It’ll make you seem crazy to people when all those strings are being pulled,” he reflects. “I’m very lucky to have such supportive, well meaning friends to be there when the levy breaks. I’m a fortunate man for that. Family is also very important and it’s family that helps me get to track #6 and then on down the road.”

Giving credit where credit is due, he states: “This entire album would be a bland, whiney ordeal had it not been for Hank Early. I call him ‘The Wizard’. He cast splintered lightning into each and every song and brought them all the life to storm the castle. My favorite song is Heavy Fog. Hank made that song sound like a drive home from a funeral in January. A rainy one. He’s a masterful musician, engineer, producer and a great friend. He performed all instrumentation outside of my vocals and acoustic track. He did BGV’s as well, with one track, It’s a Horse You Ride to Death, featuring Amber Watson of RC & The Ambers. They blew that song out of the park. Black magic!“

Give the EP a listen and make sure to support The Great American Wolf!