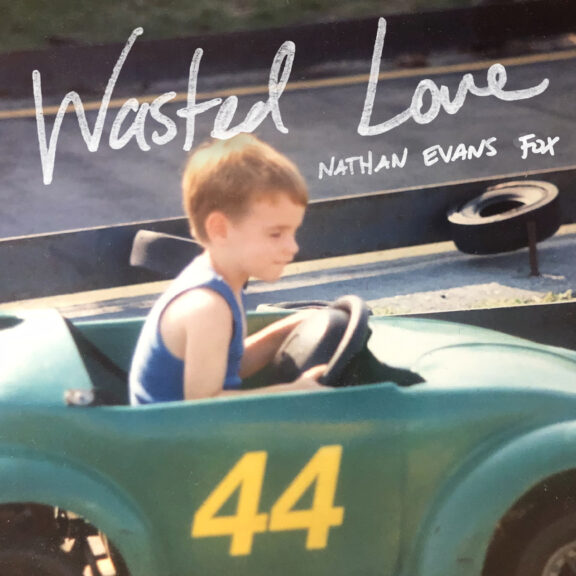 Originally trained as a hospital chaplain, Nathan Evans Fox is no stranger to the tougher sides of life. He’s no stranger to music either – the North Carolina native learned to play the violin at age four and soaked in the country, bluegrass, and folk music that surrounded him. His fourth full-length record, Wasted Love, is a product of all of these influences, along with some others; family, love, work, and grief intertwine to form a complete project that offers a refreshing and poetic take on the realities of daily life.

One of the album’s recurring themes is that of labor, and the unspoken and sometimes unnoticed toll that emotional, intellectual, and physical work can take on a person. The last single to be released off the project, “Damn Hard,” blends all of these elements, opening a window into the grit and perseverance it takes to chase down the dream of making a living with music.

Thematically speaking, the track connects seamlessly with the rest of the album. However, it also found a place on Wasted Love because of the sonic difference it represents. Fox explained: “There’s not much hidden in this song: some things are just too damn hard. This song was the last to be written for the record. I knew I needed something loud, moody, and a little biting. So this song took the most direct approach to meeting that need—just list what feels loudest and most biting—and this is what came out. I was fortunate enough to have my childhood friend Michael Harris play slide guitar on the track in our first collab since we jammed Skynyrd songs in his bedroom a decade and a half ago.”

Even from the first listen, it’s clear that the goal of “loud and biting” was achieved. The drums are a driving force, pulling listeners along as the song tells a tale of “chasing that honky-tonk dream.” Fox delivers his lines with a rustic, earthy familiarity. His voice moves alongside heartily plucked strings and guitar, forging its own path through the type of living that often takes more than it gives:

“I ain’t seen straight since I heard that fiddle,

Cain’t sleep, no peace, and no rest,

Well my blood’s all coffee and burned off whiskey,

Ain’t a heart but a holler in my chest.”

Bottom line, it’s the kind of authentic country music that says as much with the instrumentation as it does with the lyrics. Taken together, they convey both the worn-down, burned-out aftermath of fighting for your dreams, and the kind of hardscrabble staying power it takes to keep on chasing them anyway.

We couldn’t be more excited to give you an exclusive early listen of ”Damn Hard” here at Raised Rowdy. Check it out below, and make sure to follow along with Nathan Evans Fox on Facebook and Instagram and listen to Wasted Love on October 8.