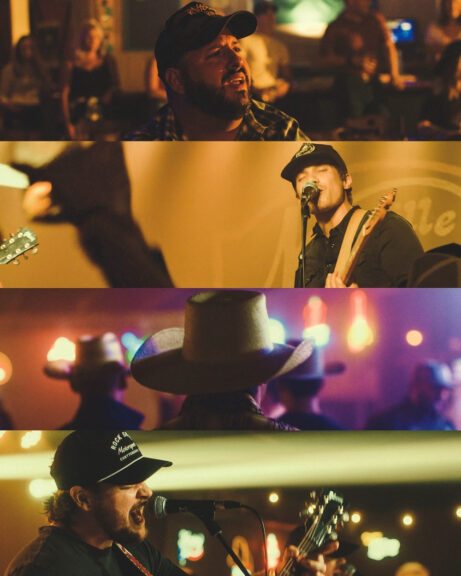 Muscadine Bloodline Drop ROWDY Video For ‘Dyin’ For a Livin”

If you follow Raised Rowdy, you likely know extensively who Muscadine Bloodline is.  We have been supporters and honestly just fans for a long time. The boys have been growing their independent brand of Country music in a way that has been stretching the boundaries of the levels an indie act can achieve, and with “Dyin’ For a Livin’,” their first video to be premiered on CMT, they are hitting even more milestones!

The song is a sweltering honky tonk anthem that is bound to get your motor running.  This track goes straight to the gas, hitting sixth gear on the music and vocals from the jump. Charlie and Gary release raw power and emotion through the track and the song is going to be HARD to get out of your head.  Well… MY…

We are hoping you already heard the song (as it dropped a few weeks ago). What we are here to talk about today is this freaking music video, and boy did WALES and the gang at Whale Tail Media crush this one!

Also… SHAMEFUL plug, BUT I got to be a little part of this bad boy.  If you see/hear that handsome man get his beer and say “PLAY SOMETHING ROWDY” at the beginning of the video, just be aware that is my acting debut. I couldn’t think of a better band or video to have a little cameo in than this one! There is also a LOT going on in a short period of time on this video.

YUP – that is just the start.  You will recognize lots of familiar faces and friends in the video if you follow along with the Raised Rowdy world (Jon Langston, Hannah Dasher, Tyler Chambers, Mike Stoll, the Raised Rowdy crew and so many more). The video is packed full of action, and honestly you probably need to watch it a few times to catch all the Easter eggs and see all the fun.  So why don’t we just get that going? Give this video a watch or 100, and raise a glass to Muscadine Bloodline and their next chapter with “Dyin’ For a Livin’.”

About Muscadine Bloodline
Proudly independent and unapologetically Southern, country duo Muscadine Bloodline is made up of Charlie Muncaster and Gary Stanton. Muncaster and Stanton grew up in Mobile, Alabama, but didn’t cross paths until they each started to pursue their musical dreams. In 2012, they forged a friendship when Stanton opened a show for Muncaster’s band at Soul Kitchen in Mobile. Charlie’s contemporary vocals complimented by Gary’s harmonies and masterful guitar licks make MB a powerfully refreshing mix of talent, passion and unfiltered authenticity. Since naming themselves Muscadine Bloodline in 2015, they’ve had two Billboard charting critically acclaimed EPs, have sold out shows across the South, opened concerts for hundreds of artists and earned a standing ovation at their Grand Ole Opry debut in 2018. Their Southern roots carry over to their band name as well: Muscadine grapes grow in the South while Bloodline represents their heritage.