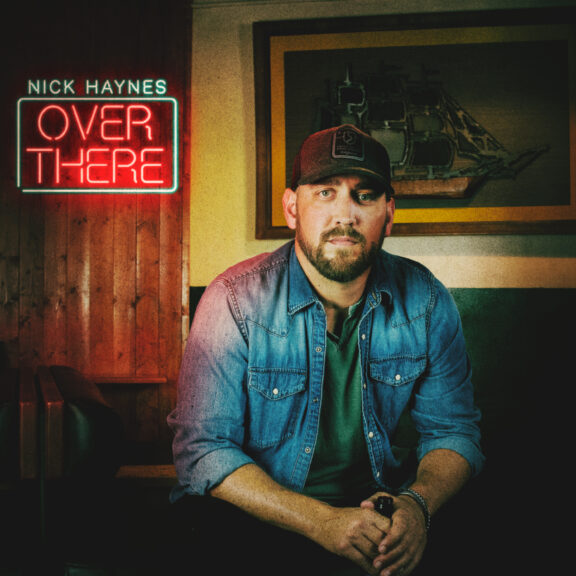 If you are lucky enough to spend some time in Nashville Tennessee, you will find plenty of rooms filled with plenty of folks trying to make music a career.  It seems far fetched when your hometown folks tell you that you need a backup plan or to get your head on straight. But if you’re willing to devote yourself to your craft, find friends that are moving forward and not holding you back, and really learn to craft a story into song, it really isn’t that far fetched.  For years towns like the one Nick Haynes comes from – Loganville, Georgia – have started the fire of music in the hearts of folks with a passion and a talent.  If you come to Nashville, you will hear some of those songs.  Sometimes the folks you hear are happy helping others tell their stories, but sometimes those stories end up being so personal and so meaningful that a writer wants you to hear their version.  That is exactly what Nick Haynes has done.

Three years into his Nashville adventure, he has come across both the songs and the right folks to help him craft them into his story.  Speaking about getting to release his debut single, Nick told us: “Releasing ‘Over There’ is the start of a culmination of so many emotions, trials, victories and defeats, compacted into 6 singles that have taken 3 years to arrive at. It’s something I’ve always dreamed of doing, but thought might not be in the cards for me at my age. I guess the fat lady ain’t ready to sing quite yet.” She sure hasn’t, Nick. Dreams and stories have no age – but they do take passion and talent.  You can’t fake that. Listeners will see right through it.

Closure (or the lack thereof), is really the focal point of the song. “Over Here” tells the all-too-familiar tale of the one that got away. It showcases a storyteller’s heart put into words, and melodies with an “I WON’T GIVE UP” attitude. Nick’s producers Grady Saxman and Alex Maxwell really nailed the sound on this. It has a rocking feel with some modern production, all the while keeping it Country.

For an artist like Nick who is just starting to release his own songs while wondering if he might be a little too late, that “WON’T GIVE UP” mentality will go a long way.

We are so proud to help share the story that Nick crafted with Davis Corley and Joey Hollis – a story that means the world to not only him, but those close to him and, hopefully, to you too. Just remember, it’s never too late to live your dream, and do not let anyone tell you it is.  Work hard, sing with your whole heart, and find some killer producers like Nick did, and hopefully the rest will fall into place.

So give Nick’s first track of many a listen and add it to your favorite playlist.

Nick Haynes · Over There FGMstr

Let her go, let her fly

Said if you come back then you’d be mine

If you ever change your mind

Saving up my kisses

In the middle of a memory

That I drove a thousand times

Wondering what you’re wishing When the whiskey hits your lips

Does it make you miss mine

Baby one day when we’re older

If That city starts feeling colder

Front door might get a bit of closure here

If you ever get over there

All the guys say that I need to find a way

To get myself back but it don’t work like that

I’ve loved you all along

I’ll be waiting on you

I’ll always leave it on

Don’t matter if we get older

I’ll still be ready to hold you

Front door might get a bit of closure here

If you ever get over there

About Nick Haynes: Nick’s southern, soulful contemporary sound comes from a hybrid of family, friends and church. Loganville, Georgia’s hometown native first got the songwriting itch at 13 through a church high school youth pastor by the name of Mark Hall, who later became the Grammy and Dove Award winning lead singer for Casting Crowns. At just 8 years old, Nick received his first guitar for Christmas, and remember’s wildly strumming along as his PawPaw would play Christmas carols for the family. Nick’s PawPaw was the lead singer of a country band called Jimmy Haynes and The Travelers during the late 60’s/early 70’s. His grandfather rubbed shoulders with the likes of Vern Gosdin, Charley Pride and other foundational country music artists that paved the way for many today. This Georgia boy paid his dues in original and cover bands throughout college, and later as part of the duo Hamrick & Haynes. They made traction in the Georgia music scene from 2017-2019 before making the move to Nashville. Now as a solo artist, Nick is hard wired to draw from an overflowing source of inspiration and motivation. His life experiences have evolved and matured to eventually turn pain into purpose and encourage people to “light a candle” instead of “cursing the darkness”. His songs leave you wanting to make peace with the past, and look for the miracle of tomorrow. Every saint has a past, and every sinner has a future.