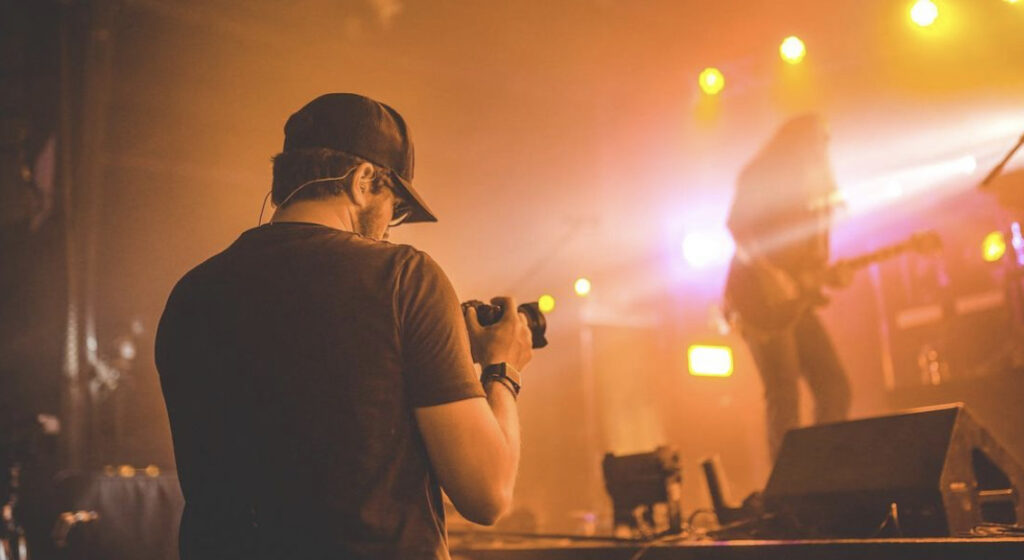 Framing the Sound: Photographer Chris Kleinmeier and His Work From Koe and Beyond

For fans like you and me, we like to catch a moment even when we can’t be there. Thanks to photographers like Chris Kleinmeier, who make a living out of bringing us these moments, it’s almost like we’re always in the front row.

Kleinmeier bought his first camera in October of 2019, and in that short time span he has worked with big names in the Texas/Oklahoma scene that include Austin Meade, Kody West, Parker McCollum and even Koe Wetzel.

When asked to explain what got him him started in concert photography, Kleinmeier explained, ”I had a buddy take me to a Shea Abshier show at the beginning of 2019, and he was friends with them so we hung out and also became friends. I liked going to the shows, so I started selling merch just to help out since I was going more often.”

”They eventually got a full-time merch guy, but I still wanted to be productive,” he goes on to say, “so I took my mom’s camera to a few shows. Eventually a real photographer showed up and I didn’t understand why his pictures looked so much better than mine. I walked to the back of the venue during that show and bought my first camera on the Best Buy app.”

Koe Wetzel, an unstoppable force in the Texas music scene at the moment, was the first big act that Kleinmeier landed as a photographer.

“I got invited to help him film a hunt that they were going on last August and it just happened to line up perfectly with my first day of vacation from my job for the entire year,” he remembers, “Well, on that trip they liked my pictures and work ethic and invited me to shoot their next show in October 2019 in Lubbock.”

After quitting his full-time job in April, Kleinmeier has traveled with numerous bands. He also does more for the bands than shoot for them.

”I tend to get along with everyone and try to help in anyway possible,” he states, “whether it means loading in and loading out, going to get food or whatever.”

For anyone looking to possibly pursue the path of concert photography, Kleinmeier has some sound advice:

”Wear black on stage, try to get your editing done as quickly as possible, experiment with different ways of editing, don’t be overbearing when you get to work around bigger artists that you may be a fan of and go above and beyond helping bands, because your work ethic gets noticed.”