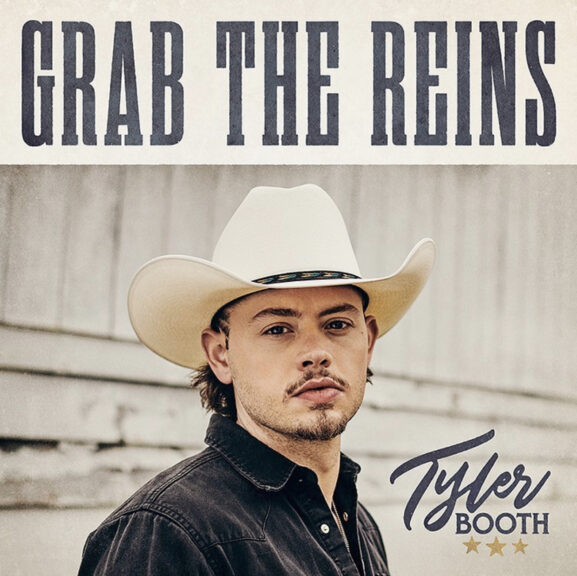 Nearly seven months after releasing “Already Got One” and “Palomino Princess”, 24 year old Sony Nashville/Villa 40 recording artist Tyler Booth surprised fans with a 6-song EP Grab the Reins, which features both singles and four new tracks. The EP dropped just in time for concert-going folks to get a taste of these new tunes live on the big stage, as Booth is scheduled to hit the road with Jameson Rodgers, Brantley Gilbert, Jon Pardi, and Darius Rucker just to name a few. 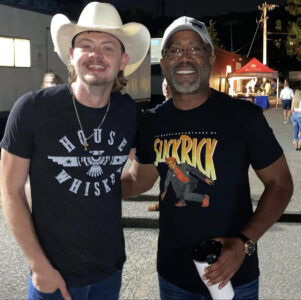 The music we’ve heard from Booth over the years is authentic and personal and this EP is no different. With writing credits on 5 of the 6 tracks, we are able to get a pretty good feel for what writing and singing country music means to Booth.

“Grab the Reins is me having the confidence to say, ‘this is who I am.’ These songs reflect where I’m from, how I was raised, and are at the core of my interpretation of country music as a songwriter and as an artist.”

Booth collaborated with some powerhouse writers to give us an EP that has a little bit of love and a little bit of heartbreak, mixed with just the right amount of drinking songs – if that ain’t country, I don’t know what is. While the track list has a few clever titles, perhaps the most interesting title is the name of the EP itself. Artists often choose to feature one of the singles. However, Booth took a different approach and used a line from “Palomino Princess” as the title.

“Saddle me up I won’t buck on you baby. Let’s take a chance and we can ride the night away. A palomino princess is all a cowboy needs to face a long, hard day. So won’t you climb up and grab the reins.”

His deep baritone drawl, infused with the twang of steel, resonates throughout the project to solidify that recognizable Tyler Booth sound. It’s a unique sound that fans have grown to know and love over the last few years of hearing him play at hometown festivals, countrywide tours, and on just about every social media app out there. Booth has built a strong, loyal fan base of music fans, celebrity comedians, and other artists who have encouraged and supported him along the way. He is a natural entertainer with a stage presence that will keep you on your feet.

Check out the track list and some upcoming tour dates below, and be sure to spin the new EP the next chance you get! Follow Tyler Booth on Facebook, Instagram and TikTok to keep up with all the latest touring and music announcements.