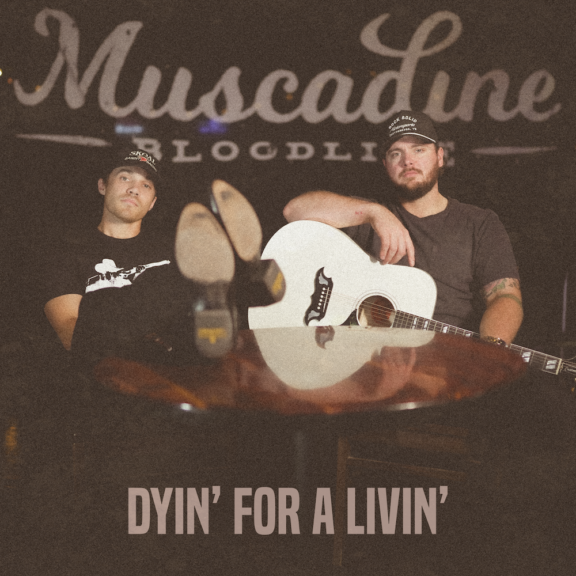 Independent, red clay country duo Muscadine Bloodline announced their new single “Dyin’ For a Livin”’ and the accompanying Dyin’ For a Livin’ Tour last week. Tickets for the Fall dates went on sale this Friday, August 20 and the single follows on August 27. Kicking off in Charlottesville, Va. on September 25, the country trailblazers will run through the end of the year across the United States with stops from D.C. to Utah and Mississippi to South Dakota. The single can be pre-saved and tour dates can be found here.

This new single, “Dyin’ For a Livin”, has a whole new upbeat vibe that we aren’t used to from MB. I am excited for them to get this one out there and play this one live in front of the crowds. You might even find a couple Rowdy friends in their music video, so you’ll wanna keep an eye out for that one.

“We are having a blast on the road and are excited to continue playing shows this Fall! We are excited to play some bigger venues along with clubs, which are our favorite because most of our music calls for an intimate setting. It’s been so great to share what we’ve been working on with music lovers night after night,” says Muscadine Bloodline.

With two critically acclaimed Billboard-charting releases under their belts, fans will be sure to hear their favorite Muscadine songs along with some new music they’ve been working on the past year. Celebrate the return of live music and catch Muscadine Bloodline and their signature, energetic live show this fall. For more information about Muscadine Bloodline, please visit www.muscadinebloodline.com.

About Muscadine Bloodline
Proudly independent and unapologetically Southern, country duo Muscadine Bloodline is made up of Charlie Muncaster and Gary Stanton. Muncaster and Stanton grew up in Mobile, Alabama, but didn’t cross paths until they each started to pursue their musical dreams. In 2012, they forged a friendship when Stanton opened a show for Muncaster’s band at Soul Kitchen in Mobile. Charlie’s contemporary vocals complimented by Gary’s harmonies and masterful guitar licks make MB a powerfully refreshing mix of talent, passion and unfiltered authenticity. Since naming themselves Muscadine Bloodline in 2015, they’ve had two Billboard charting critically acclaimed EP’s, have sold out shows across the South, opened concerts for hundreds of artists and earned a standing ovation at their Grand Ole Opry debut in 2018. Their Southern roots carry over to their band name as well: Muscadine grapes grow in the South while Bloodline represents their heritage.