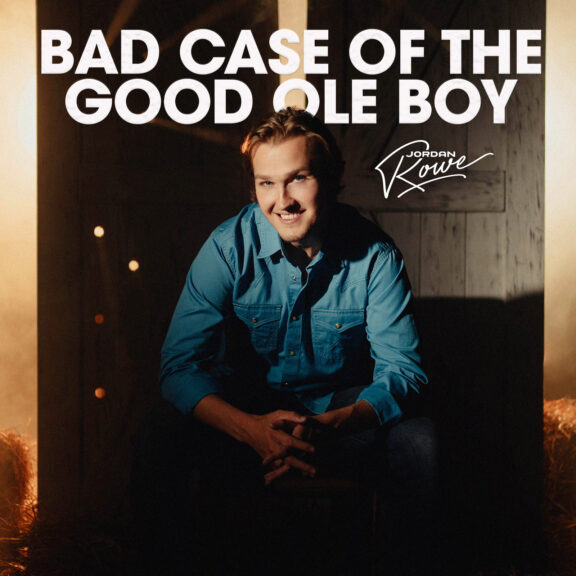 For South Georgia native Jordan Rowe the dream was always to become a successful country music artist, and at the age of only 24, he’s realizing that dreams do come true. Rowe grew up listening to artists like Alan Jackson, Luke Bryan, and Joe Diffie, and for those already familiar with his music this doesn’t come as a surprise. 90’s sounds and themes appear throughout his work paying homage, if you will, to some of his childhood idols.

While the path to find success has been taken by many, few have the talent, drive, and perseverance to make it to the big stage. Luckily for Rowe, he has all that and more. This past spring, he found himself sharing the stage with some of country music’s biggest names: Cody Johnson, Jon Pardi, and even Luke Combs on the Beer Never Broke My Heart tour.

All of a sudden things seemed to be moving quickly for Rowe, but they definitely didn’t happen overnight. Determined to make his way into the music scene, Rowe would travel back and forth on weekends and breaks to Nashville while attending the University of Georgia. As every aspiring country artist knows, Nashville is the hub for music breakthrough and opportunity and that’s just what he found while interning at River House Artists. This role afforded him the opportunity to work with songwriters like Cole Taylor (“Sippin’ On Fire”– FGL, “Home Alone Tonight” – Luke Bryan, “Stay Downtown” – Cole Swindell), Thomas Archer (“Hurricane” – Luke Combs, “Got What I Got” – Jason Aldean, “You Broke Up With Me” – Walker Hayes), and Ray Fulcher (“When It Rains It Pours”, “Lovin’ On You” – Luke Combs). 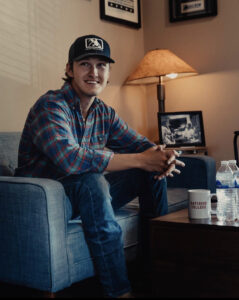 In 2019, Rowe released a self-titled 4 song EP co-written by some Raised Rowdy favorites – Sean Stemaly, Faren Rachels, Davis Branch, and Joey Hollis. This EP was recorded before moving to town and was a great starting point for his career. Since then, Rowe found himself with a record deal at River House after really grabbing the attention of Zebb Luster, VP/GM. According to Luster, ‘”his work ethic and passion for country music is contagious and I couldn’t let him do it without me.”

Since then, Rowe and his River House team have been hard at work writing and creating the right songs to package and release on his debut album, Bad Case of the Good Ole Boy and we agree that they got this one right! But for Rowe, the decision of what songs would make it wasn’t easy.

“It was super, super hard to pick out the songs that are on the album. So we just poured and poured and prayed over that, and it was tough. But I feel like the goal with it was to put stuff on there that covered all the bases of who I am because that’s what this album is. It’s an introduction to me so I wanted all of my personality and musical influences on there. So I think it was cool to branch out and have a common sound but different vibes on board from ‘Mama Ain’t Jesus’ to ‘Bad Case of the Good Ole Boys’ to ’10-4.’ It’s half and half on what I call life songs that pull on your heartstrings and then the fun side.”

The eight song album is not only co-written by some of the industry’s best, but also features a few familiar voices on the tracks.

The title track was actually inspired by a line in “10-4” during a separate write with Drew and Hunter. It’s a hard hitting upbeat song that ultimately paints a pretty good picture of who Jordan is as a person. A country loving, fishing, hunting, truck driving good ole boy.

This one immediately feels like an early Thomas Rhett kind of song – catchy, clever, and upbeat. We all know a car just doesn’t hit the same as a truck on a muddy dirt road with a tailgate full of cold ones. So if anyone ever asks you why you drive a truck, just play ’em this song!

This track was one of Rowe’s favorite on the project and was an idea he had been saving for the right moment.

“I was saving this for a write that I knew we could go in and crush it so I held the idea for a while. I decided to pitch it out to the Warren brothers and Lance Miller since we had started writing together pretty often and I knew we had a good shot at doing it justice. I pitched the idea to them and they loved it and we wrote that one in one session. I remember being half way through the first verse and everyone looked around at each other like we’ve got something special here. This song just speaks to the heart.”

This is the kind of song that makes you picture that someone you need in your life when it comes on. The one you want next to you at night, in a bar, or driving down the road. Released as a single in July, the song features vocals from 50 Egg Music and Big Loud artist Ashland Craft, and boy does she add a special kind of flair to an already powerful song.

Co-writer Jordan Walker said he was “proud to have a couple on this project. Jordan (Rowe) is one of those kids you just want to pull for. Great singer, great writer and just an all-around good dude. Big fan.”

If you’re looking for a classic moving on song that will send the message you have moved on from your ex, this is the one! It feels good to be over someone but it feels even better to find someone new and be able to get out again. We’ve all been there and who doesn’t love a relatable song?

From the moment this song was released it resonated with fans, going viral on TikTok within hours of being out. As if the track itself didn’t pull on the heartstrings enough, Rowe featured co-writer Lainey Wilson on vocals and a song has never sounded sweeter.

Sometimes things don’t end the way you planned, but that doesn’t mean you don’t appreciate the ride along the way. Sure, you may lose a game, but you had a damn good time playing and giving your all. “Had a Ball” is all about enjoying the moments in life that make you who you are.

Inspired by his dad in a way, this is a song that belongs on every tailgate playlist cranked up to 10! Rowe’s dad was a police officer and he would always climb in the patrol car, turn on the lights, and get on the radio with a “10-4”. While the title “10-4” represents a good ole “roger that”, it also appears as a reference to needing more than just a few beers.

Rowe has high hopes for this song, and with the star studded artist features, we can’t help but agree.

“This one was so fun for me. I have merch shirts that say ‘Bring Back 90’s Country’ so that was the goal of that song because really that’s what everyone wants right now. That’s what I love and having those guys on there was crazy because they’re all heroes of mine and people I really looked up to growing up. So that was super cool to get to do that with them. I remember telling my Dad if people don’t like this, then I’m coming home.”

Let us be the first to say…we think they’re gonna like it. The album is out now and available on all streaming platforms, so go give it a spin. Be sure to follow Rowe on Instagram and Facebook for upcoming music and touring announcements.