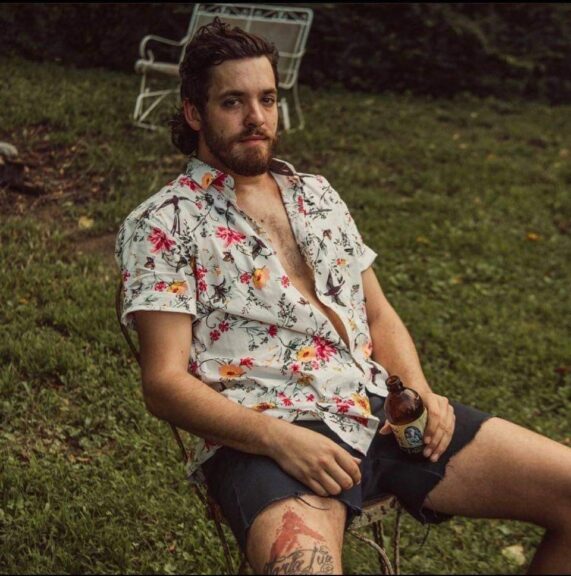 ‘Wasn’t the Truck’ By Ryan Nelson Is Here

Finally, the anticipated release by Ryan Nelson has arrived. “Wasn’t the Truck” is a brutally honest account of watching the one you love leave you and drive away. Already sounds pretty heart breaking right? Wait until you hear the song…

“Wasn’t the Truck” is the perfect example of why we love country music – the rawness and relatability of this song is obvious throughout. This song is so descriptive in its lyrics that you can instantly picture yourself helplessly standing there, watching someone you love drive away for good by your own fault. “Wasn’t those Firestones burning at the end of the drive, her taillight fading from a gravel goodbye, should have seen it coming, should have heard them horses running.” The song gets particularly honest: “I really did a number on her heart, left her hanging, waiting, thinking, love ain’t gotta be this hard, seems like a million miles from where we were to where we are, guess I didn’t think she’d take it this far.”

Ryan has been on a roll lately. “Wasn’t the Truck” is the third single that he has released from his upcoming project Two Trick Pony, which has seven awesome Ryan Nelson songs for you to devour on August 27. Songs released to date include singles “All My Dances” and “Two Trick Pony,” which are both very repeat worthy.

When asking Ryan about the sentiment behind the song he says “Owning up to your mistakes is part of the theme, being willing to talk about it… it’s hard to admit when you’ve f***ed it all up and it’s hard to look at yourself and say this is on me” and that’s exactly what makes this song so painfully honest, in the way all great country songs are.

If you’re a local in Nashville, you may have actually come across this long-awaited song at songwriter’s rounds in places such as Rowdy On The Row or Revival. It has quickly gained a local following, and I know I’m not the only one who has been dying for this release. While Ryan says the best place to listen to “Wasn’t the Truck” for the first time is by yourself in the car, it sure ‘Wasn’t the Truck’ By Ryan Nelson Is Hereas hell would be great to see this one live. Lucky for you, you can, with Nate Fredrick on 26 July at The Basement in Nashville. ‘Wasn’t the Truck’ By Ryan Nelson Is Here

“Wasn’t the Truck” was written by James Kelly, Matt McKinney and Ryan Nelson. Ryan recalls the day they wrote the song – James was struck with the idea one morning with the line “It wasn’t the truck that drove her away” and they instantly knew it was a great idea. When Matt showed up and loved it too, the three of them created the magic that is this song. This would be the first and only song Ryan and Matt have written together so far, giving them a 100% success rate. The three songwriters are close friends, having even been in a kick ball league together. When asked about their relationship, Ryan says they get along great. Their strong chemistry is evident throughout the song.

If you had to compare this song to any other artist, it would easily be popular amongst fans of Riley Green. Funnily enough, Ryan has written with him many times. Even after the first listen of this song it’s clear this song is destined for not only personal “on repeat” playlists, but also top radio countdowns. “When I wrote it, I knew it was one of the better songs I’d been a part of,” said Ryan, and you can be certain this is going to be one of your favorite songs yet.

“Wasn’t the Truck” has been a long time coming, having been written over a year ago. You can also look forward to the new video clip being released within the coming days of the song release. In the wise words of Raised Rowdy founder, Nick Tressler, “Ryan is going to be playing this song the rest of his career”. It’s just that good.