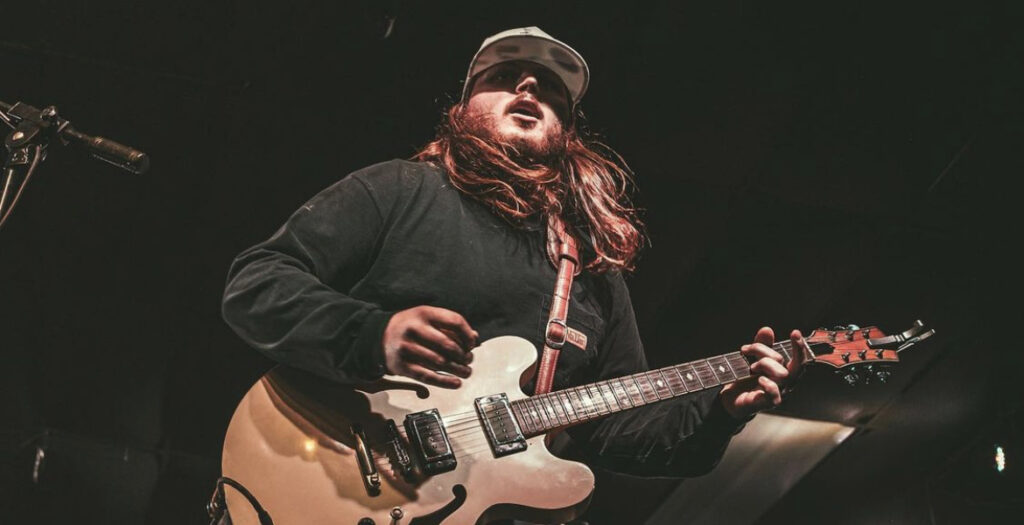 In recent years, a lot of artists coming out of the Red Dirt scene in Oklahoma are more often than not acoustic acts and singer/songwriters, but there is also a percentage of musicians who bring a rock ‘n’ roll edge. Hailing from Cushing, Oklahoma, Charlie Hickman is an up and comer who really knows how to bring it.

The 26 year old first started learning music at an early age from his parents, who are also talented musicians, and in 2016 Charlie formed the Charlie Hickman Band. The CHB consists of Charlie Hickman fronting the band, in addition to Tyler Nichols on lead guitar and backing vocals, Ian Smith on bass, and Will Davis behind the drum kit.

“We started off playing a bunch of covers and maybe three or four originals that myself and former bass player, Terry Bradley, had co-written,” Hickman remembers. “I’ve been writing for a long time, but it wasn’t until 2014 that I started writing anything I liked to play.”

He has been inspired by musical giants over the years that include Led Zeppelin, Foo Fighters, Waylon Jennings and Hank Williams, but the acts who you can draw a clear line from are similar to the CHB’s style: the likes of Cross Canadian Ragweed, Randy Rogers and Reckless Kelly.

To paint a picture to someone who hasn’t heard Hickman’s music, he could be put in the same category as Read Southall and Koe Wetzel when it comes to sound, and his songwriting is nothing to sneeze at.

“When it comes to writing, I’ll have a line or melody floating around in my head,” Hickman explains. “I’ll throw it in my notes on my phone and then whenever I get the time to sit down with it, I’ll write it in my notebook, grab the guitar and build from there.”

The CHB not only performed at Stillwater’s Calf Fry festival, which is an achievement for any band in that scene, but also released their EP Trouble. The electric rock ‘n’ roll edge that they bring to their music, while keeping a traditional Red Dirt sound in the mix, is what makes these guys stand out. Songs like “End All,” “Fighting to Remember,” and the EP’s title track, “Trouble,” are certain to draw a fan base of people who like the Southern Rock sound.

Hickman will be dropping a single soon and will also be heading to the studio to begin work on another record toward the end of the year. They gig regularly through Texas and Oklahoma, and you can find dates on their Facebook page.

Check out the title track from their latest EP, “Trouble”!