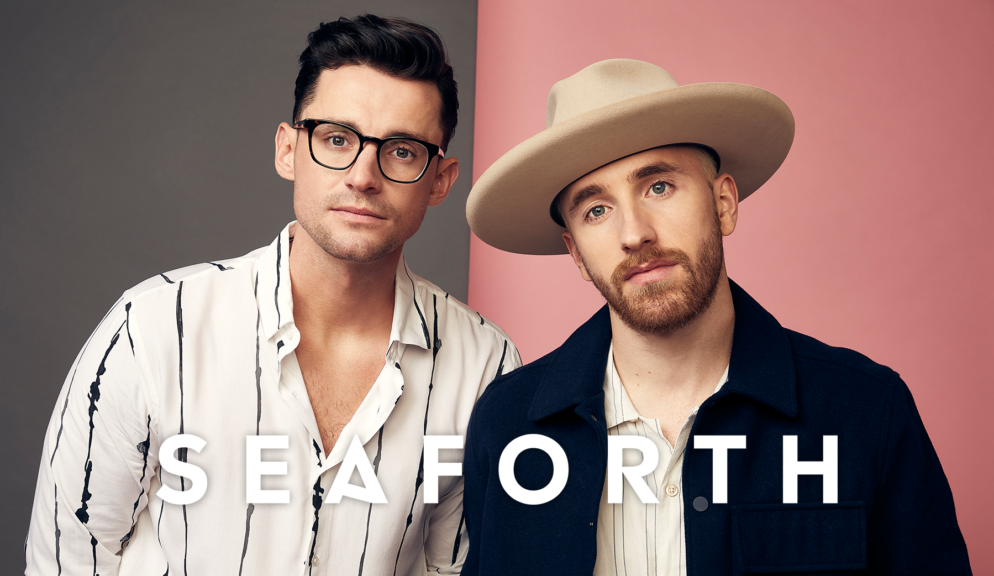 “Breakups”, like the name suggests, is the ultimate break up song. It was released on 14 January 2021, and has quickly become a hit amongst fans and those new to the duo Seaforth. While they have already released a lyric and music video, they are finally releasing the official video clip for it.

The song tells a very descriptive, heart breaking, and honest account of a breakup and is incredibly relatable to anybody who has gone through one. We’ve all been there – even a year later, sitting in a bar, drunk, missing an ex, and more than that… missing someone who was once your best friend. Even with the first strum of the guitar you can instantly hear how heart breaking it’s going to be, and Seaforth’s new video clip is no less emotional.

“‘Cause I’m drunk in a bar at 2am, and I just wanna talk to my best friend… All I wanna do is hear your voice, pretend it doesn’t hurt like hell, drink some wine and talk about the past, and not go ten steps back. But breakups don’t work like that”. With raw and heartfelt lyrics like this, it’s hard not to go back to your most painful breakup and what it felt like to miss them.

Much like the song, the video clip tells a detailed story. It opens on each of the two people who were once in a relationship, but in very different settings – he is drinking at the foot of his bed staring at photos of her on his phone, while she is just waking up to a reminder of him on her phone from a year ago. Right away, you can see by the expression on their faces that each of them is carrying heartache.

Throughout the video clip, it is clear that the pair are both trying hard to move on and this is echoed by the lyrics “I should be moving on, you should be moving on…” She is on a coffee date with someone new, while he is meeting another pretty girl in a bar. The video clip also cuts between the duo singing, and the storyline of the ex-couple, with the duo being shown around Nashville.

Seaforth is an Australian duo from Sydney’s Northern Beaches consisting of Mitch Thompson and Tom Jordan, and in their brief time in Nashville, they have already made a big impact on the music scene. They are the kind of artists where as soon as you discover them, you love every single song they’ve released, and you quickly discover what talented songwriters they are.

It’s obvious that Seaforth’s success in the music industry is certain. The duo’s recent Instagram post on 22 June sums up “Breakups’” success in particular. “[B]reakups officially impacted country radio today and were the 2nd most added this week. Self-produced in the spare room of our house last year and now has over 17m streams + it’s playing across America on country radio”. It’s pretty huge the way the song has taken off, and now you can request it on country radio and watch the new video clip to go with it.